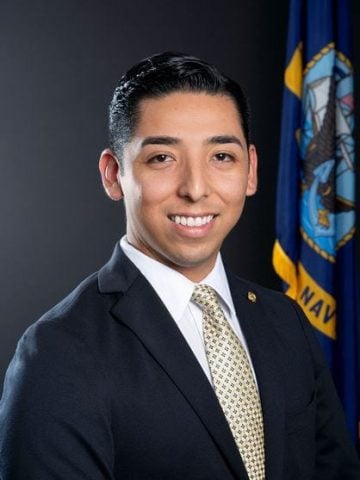 Stephen is a Mexican-American Chicano who was born and raised in Northern Los Angeles County up until his enlistment in the United States Navy. He served 5 years as an Aviation Ordnanceman (IYAOYAS) in an F/A-18F Strike Fighter Squadron of Super Hornets known as The World Famous Fighting Blacklions at Naval Air Station Oceana. In 2017 he did a combat deployment with his squadron aboard the USS George H.W. Bush (CVN-77) where they participated in Operation Inherent Resolve. Stephen is now a student at Tidewater Community College in the process of working for his Associates degree in Funeral Service and a second Associates Degree in Liberal Arts. He joined the Altmeyer team originally as a Funeral Service Associate working for our two Newport News Peninsula locations and our Bucktrout of Williamsburg location in 2019 before coming to our Southside location in Virginia Beach now meeting and helping families.
Stephen is a Gold Star Survivor and an active Board Member on the National Gold Star Advocacy Council where he uses this honorable title to help the surviving families of the men and women he served alongside with. He is active with the local Gold Star Community of Hampton Roads and is a proud supporter of the Honor and Remember Foundation; a national foundation founded to honor families of fallen service members and first responders across the country.