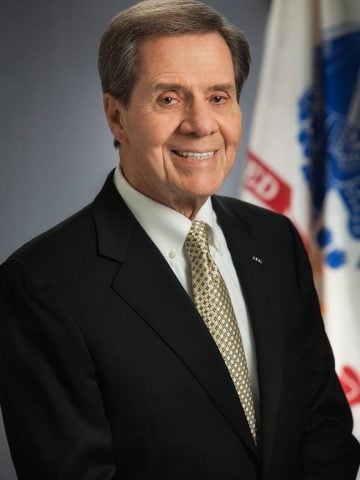 Chairman of Altmeyer Funeral Homes & Crematory, resides in Wheeling, West Virginia. He is the son of the late John D. Altmeyer and Evelyn Keeley of Wheeling. He graduated from Central Catholic High School in Wheeling, and from the United States Military Academy at West Point, New York, in 1961. After serving as a Major in the United States Army, Jim resigned in 1972 and returned to the Ohio Valley.

For over 20 years Jim served as President of Altmeyer Funeral Homes & Crematory, serving families in Ohio, West Virginia, and Virginia. He is an active member of many civic organizations, including the board of directors of Wesbanco, Wheeling Hospital, and the American Legion Home Corporation. Other memberships include the VFW, Rotary Club, and the Serra Club. Jim currently serves on the Consol Energy Inc. Board of Directors, and as a civil service commissioner for the Wheeling Fire Department. He is a past president of both the Fraternal Order of Police Associates and the Oglebay Institute. From 1974 through 1976 Jim served as a member of the West Virginia House of Delegates. He was also the first president of the West Virginia Veterans Memorial Commission.