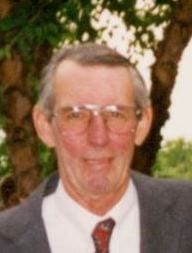 Woodbury “Woody” Seamans, Junior
Beloved husband, father, grandfather, and friend, Woodbury “Woody” Seamans, Jr., passed away October 9, 2015 at his home in Virginia Beach. Affectionately known as “the mayor of 16th Street,” he was part of four generations of Seamans who all called Virginia Beach home. Born May 7, 1943, as the only child of the late Woodbury Seamans and Katherine Darden Seamans, he was a member of London Bridge Baptist Church and served in the 29th Infantry of the Virginia National Guard.
Woody Seamans, Jr. was a well-respected asphalt professional in the Hampton Roads area and throughout the state in the road construction industry. Employed with the Ames and Webb Company, Central Atlantic Company, and Contractor Paving Company, many of the roads we drive on today were actually paved by Woody and his work crews.
Woody Seamans, Jr. truly loved Virginia Beach. His late grandmother, Alice Seamans Hodgson, owned and operated The Breakers Hotel at 25th Street and Atlantic Avenue. His late grandfather, Louis Darden, served as Justice of Peace for London Bridge. Woody’s father owned a dime store on 17th Street named Seamans and Thompson. Woody truly had a wonderful childhood growing up along the oceanfront swimming, surfing and later becoming a lifeguard as a teenager.
Woody Seamans, Jr. is survived by his wife of 47 years Edith Everett Seamans; son Everett Woodbury Seamans; and daughter Emily Seamans McCain, all of Virginia Beach. He dearly loved his twin grandchildren Hayden Lewis McCain and Hannah Grace McCain whom he spent many hours watching over and caring for once he retired. Grandaughter Leslie Orine McCain preceded him in death. In addition, Woody loved his many cousins and friends all of whom made his life more meaningful.
A memorial service to remember the life of Woody Seamans, Jr. will be held at Altmeyer Funeral Home, Maestas Chapel, located at 1801 Baltic Avenue in Virginia Beach on Saturday, October 24, 2015 at 2:00pm. Officiating will be The Reverend Dr. Steven R. Gupton from First Baptist Church of Virginia Beach. The family will receive friends immediately following the service at the funeral home.
The family suggests that those wishing to make memorials consider the American Cancer Society, 4416 Expressway Drive, Virginia Beach, VA 23452 or the Virginia Beach Volunteer Rescue Squad, 740 Virginia Beach Boulevard, Virginia Beach 23451.  Condolences may be shared with the family at www.altmeyerfh.com.

I had the pleasure of working with woody paving roads for many many years . He was a great man with great work ethics ,a smile on his and a kind word for everyone . He will surely be missed . In loving memory Jim Teets

My wife & I, along with our Son, will truly miss him. Hang-Ten Buddy!

So sorry about my old neighbor’s passing. He was a good friend to me during high school. I’m sure he will be missed by many.