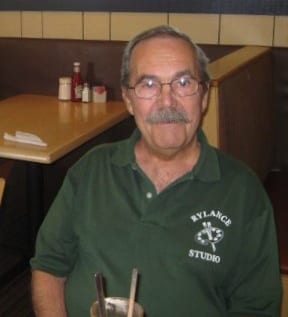 Rylance, William George “Rip,” of Virginia Beach, Entered Eternal Life on Thursday, July 23, 2015 at the age of 81 years. William was born on May 23, 1934 in Bay City, Michigan to Homer and Ellen Leona (formerly Mosher) Rylance. He later married the former Ruth Bennett Flanagan.
William is preceded in death by his parents, a sister Marjorie Hopkins, and brother Laverne Rylance. Left to cherish William’s memory are his wife Ruth Rylance; his daughter Robin Kelley Elliott and son-in-law Robert; grandchildren Whitney (Sandrick), Kristin (Matt), Brynn, Kaylan (Jake), and Robin (Steve); six great-grandchildren; and a sister Eileen Brock. Further survived by other relatives and friends.
Visitation for William will be held on Monday, July 27, 2015 at Altmeyer Funeral Home, Maestas Chapel, 1801 Baltic Ave. Virginia Beach, from 5 PM until 7 PM. Visitation will continue on Tuesday, July 28, at the funeral home from 11 AM until time of funeral service at 12 Noon. Procession to Nimmo UMC Cemetery to follow the service.
In lieu of flowers, memorials appreciated to the Virginia Beach Rescue Squad.

RUTH LOVE TO YOU AND ROBIN FOR YOUR LOSS. IT WAS DUE TO BILL THAT I ADVANCED IN THE NAVY. HOPE TO CALL YOU. HANK

Seeing Rip at Mary’s or Rick’s around lunchtime always brought a smile to my face. He always had a warm greeting for me and my family. Our condolences and love to Ruth, Robin and family.

A little story for his loving family. When I was a little girl, we always went to Uncle Homer’s home for a trek through the “big” city on Halloween. A big deal for this farm girl. One year my bag of candy was being taken by a big bully running by. Big cousin Bill went after him….unable to catch him but he tried very hard to save my candy. Never forgot that night and my hero Bill. Love to all his family. Cousin Darleen.

I first met “Rip” back in the early 1970s shortly after I checked into EPDOLANT, NavSta, Norfolk, VA. We were both PNs (Personnelmen) in the Navy. After his retirement, he went to work with the Va. Beach Sheriff’s Department for many years. I lost touch with him for a while, until we reconnected and he became one of my political campaign volunteers. My condolences go out to his family, and I thank him for his service to our country. May he rest in peace. John O. Parmele, Jr., PNCM, USN (Retired).

I’m so honored to have known you. You are loved by so many, and you will be missed by many. May your soul rest in enternal peace. God bless you

Our thoughts and prayers are with the family on the loss of Rip. We will miss his wit, humor, hugs and delight in just living life. He will be missed.