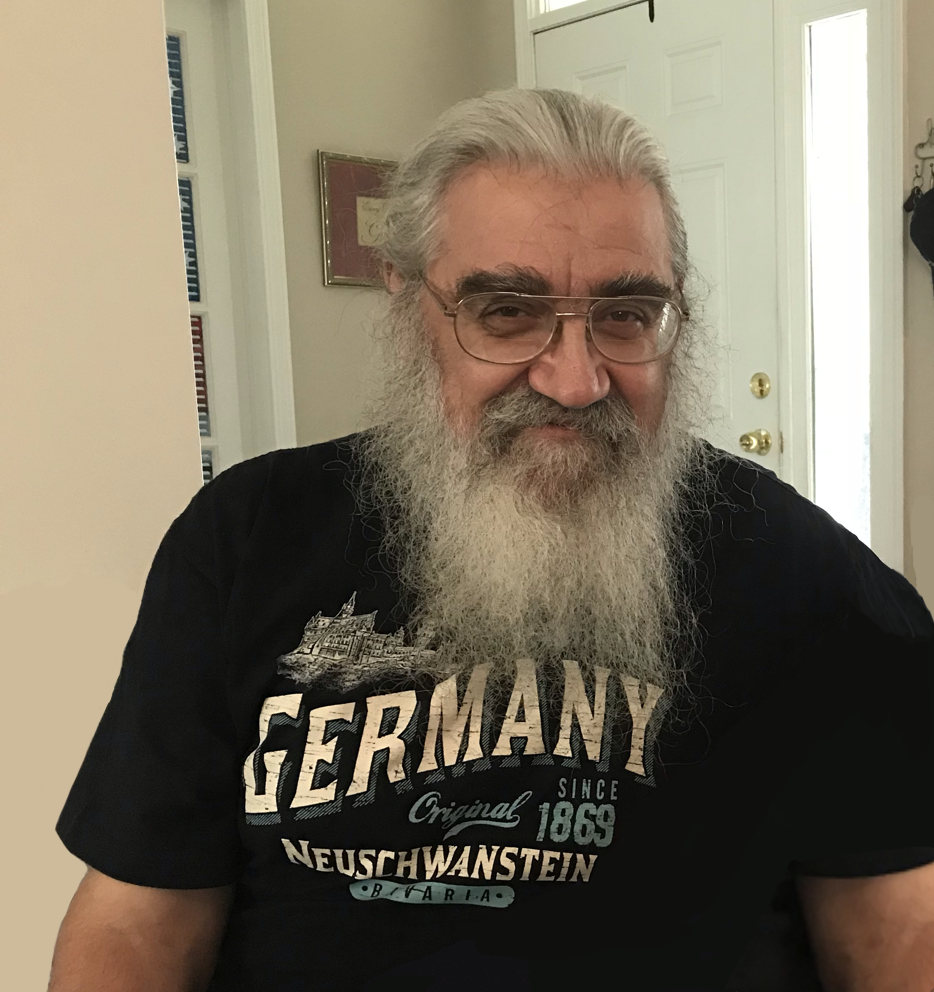 On Sunday, August 21, 2022, William “Bill” John Hrachovina “Rocky”, loving husband, father of two and grandfather of three, passed away at the age of 71. Bill was born February 10, 1951 in Dayton, OH to Frank and Theresa (Orosz) Hrachovina. He graduated from Kiser High School in 1971. In 1988 he married the love of his life, Cynthia Carol Belle Isle. They raised two children William “Willie” John Hrachovina Jr and Elizabeth Ann (Hrachovina) Smith.

Rocky was very active. He loved to smoke meat, fish, bowl, roller skate, travel, build computers, collect coins, take photos, and being a Parrot Head. He loved his family and was their biggest supporter. He was an exquisite wood worker who took pride in all of his projects.

A memorial service will be at 10 am on Saturday August 27, 2022 at Altmeyer Funeral Home Denbigh Chapel, 12893 Jefferson Ave. Newport News, Va 23608. There will be a “live stream” of the service for those unable to attend available at www.altmeyerfh.com under his obituary page. The service video will be available at the time of service and subsequently for viewing. Flowers or donations should be sent to 12893 Jefferson Ave. Newport News, Va 23608.

Aunt Cindy, Willie, & Elizabeth,
You all have been in my thoughts and prayers. I am sorry for your loss.
Beautiful memorial service and slide show of Uncle Bill’s life.
May you find comfort and healing in the memories dear to your heart.
Love and prayers.

Dear Cynthia, Willie & Elizabeth, I’m so very sorry for your loss. Rocky was a man of many talents and a devoted family man. I pray that God will help you find comfort and peace in the days ahead.
Terry Morton

Aunt Cindi, I am very sorry for your lost Uncle Billy was a great man and will be missed dearly God be with you and everyone else who loved him . Your niece, Kathy Jean Olwin

Cindy,
I’m sorry for your of Rocky. I so enjoyed working with him at the Clothes Closet. He was always so funny. Know that my prayers are for you and your family. May the love of God give you comfort and peace.

Aunt Cindy, Willie, and Elizabeth. Our deepest sympathies for the loss of Uncle Bill. He brought joy and light through a very particular way. lol. I will miss the conversations I’ve grown to love with him about woodworking, IT and life in general. We love you all!

Aunt Cindy, Willie, and Elizabeth, I am so sorry to hear of Uncle Bill’s passing. I am sending hugs to all of you. Love you!

Cindy, I am so sorry for the loss of Bill. I am very glad that us cousins reconnected after several years.

we are praying for all of you.

“For whatsoever things were written aforetime were written for our learning, that we through patience and comfort of the scriptures might have hope.” Romans 15:4

Dear Cynthia,
We are so sorry to hear of Rocky passing.Our hearts break for you and the family .We will be praying for your comfort and peace during the very sad time. May GOD grant you healing and may you feel his loving arms hold you .With all our love and prayers.Vince and Dana DeCrisci

Dear Cindy,
I am so sorry for your loss.
Rocky was one of the good ones; generous, kind, and fun loving, to name just a few of his good points.
We will miss him.