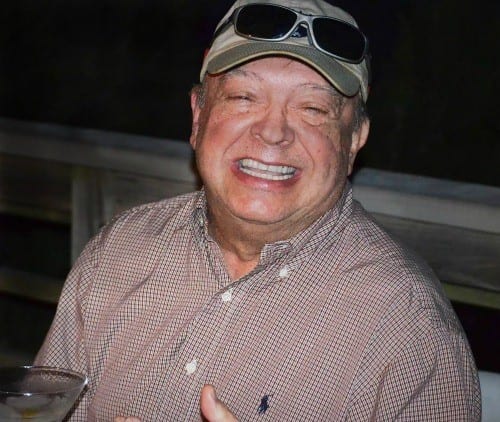 William Randolph Pippin, Bill 74, died unexpectedly on January 24th 2017, at his home in Virginia Beach.
Bill was born in Fluvanna County, VA on March 4, 1942 to the late Druie H. and Edna Collins Pippin.  He was also predeceased by his brother Robert D. Pippin.
Following his graduation from Fluvanna County High School, he entered the College of William and Mary, where he was an active member of the Pi Kappa Alpha fraternity. He graduated in 1964. He later received his Master’s Degree in Communications and Media Production from the University of North Carolina at Chapel Hill.
Bill began his teaching career at Arvonia Elementary School in Buckingham County, VA, moving on to Scottsville Elementary School until 1968 when he relocated to Va. Beach. He taught in Va. Beach until his retirement in 2003.  Bill was well known for his contributions to the Va. Beach school system in introducing audio visual and media production programs. He was responsible for bringing television stations to Plaza Junior High School, Tallwood High School and Landstown High School. He also pioneered the Virginia Beach Public school system television station VBTV.
Bill will be missed by his aunt, Etta Collins, many loving cousins, close friends and former colleagues. His Goddaughter, Kathryn Michaels Kelly, and her son, “Trick” Kelly will especially miss his visits, funny stories, and his constant loving presence in their lives, but they both know they are not alone in these feelings.  Bill Pippin was loved by many.
On Thursday February 16 at 3PM there will be a celebration of Bill’s life at All Saints Episcopal Church, 1969 Woodside Ln, Va. Beach, VA 23454. Following the service all are invited to Murphy’s Irish Pub (Pacific & 30th ) to share Pippin stories and puskets.
A second celebration of his life will be held in Scottsville, VA on his birthday March 4, 2017 at 2:00 PM at Scottsville Methodist Church with refreshments following in the Social Hall.   Burial with his parents and his brother will take place at Scottsville Cemetery following the service and reception.
Funeral arrangements are being handled by Altmeyer Funeral Homes, Va. Beach, VA 23451. Condolences may be made below.
In lieu of flowers memorial donations in Bill’s name may be made to the charity of your choice.

Just the mention of Bill’s name puts a smile on anyone’s face that ever met him. Plaza “Junior” High School was Bill’s place. The old saying, “If I had a dollar for every joke that Bill told” could be said by everyone that knew him. A true professional that brought passion and humor to his life. Bill will live forever because of his love for mankind. Thank you William.

Bill’s passing will leave a void in many of our lives. I had the pleasure of working with him at Tallwood High School. He became one of the core members of our happy hour group and after many of us retired, our lunch group. He always had a story or three that made us laugh. I will miss him and his thoughtfulness, and sense of humor very much. I will miss you very much, my friend.

Rest in Peace Billy. I will miss my old classmate from Cunningham District School.