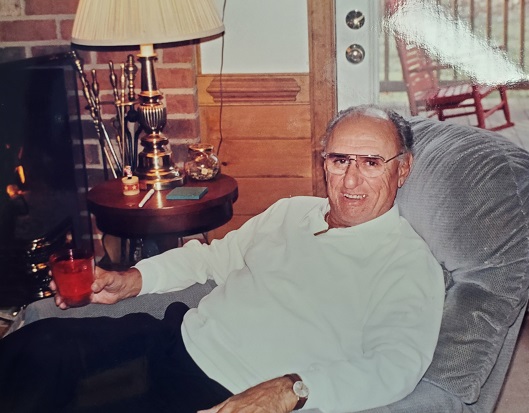 William Perry Koris, 101, passed away peacefully at his home in Virginia Beach on July 25, 2022.  Bill was born in Richmond, Virginia to the late Pettis and Gertrude Koris on July 5, 1921.

Bill served in the Army during World War II, seeing action in Belgium, France and Italy. After leaving the Army, Bill started a successful business selling Veterinarian supplies. He loved being social and was always the life of the party. Walking around with a gin & tonic and holding social court. Bill also loved spending time at the beach

Please consider making a contribution to St Judes Children Hospital in Bill’s name. Donations may be made by going to www.tmcfunding.com or by clicking “HERE”

Services will be held privately at a later date.

I am so sad to read that Bill has left us for a better place. I will always remember his spark of great wit and humor in his daily visits to the office of the building he called home. I worked in that office for 5 years and so enjoyed knowing Bill and laughing with him. He was always a bright spot in the day when he appeared! He continued enlightening many of us with his clever emails and I will greatly miss his light. May God bless Bill in his new home and surround his earthly family with comfort in wonderful memories! Suzanne Crismore

Ron I am so sorry for you loss. I Admired your dad through the stories you told me about him. I know that it is hard losing him. My deepest condolence to you and the rest of the family.

It goes without saying, the loss I feel along with the family. I loved Bill and our friendship, lucky to have had it for so many years. RIP 🙏

I love you so much papa. You lived a long beautiful life and filled my life with all of the joy and laughter. Make sure dad is behaving up there

Dear sweet Koris family, Gordon and I are sorry for the tremendous loss of your beloved Bill. We have so many wonderful, fun, outrageous memories of the times we spent with Bill and all of you. Sending love and comfort to you all.