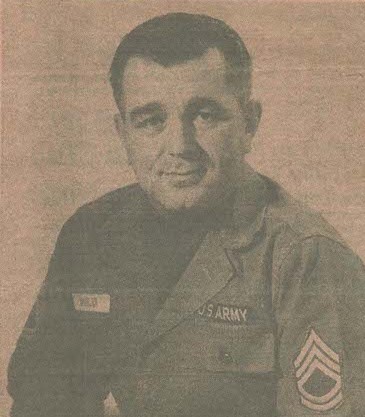 On Thursday, October 13, 2022, William (Bill) Joseph Vild, of Newport news, VA departed this life at the age of 91.
He is survived by his wife, Sayuri Vild, his four children, James Vild, Joann Vellines, Diann Vild, Susan DaRoja, his seven grandchildren, Matthew DaRoja, Jacob Vellines, Hillary Link, Valerie DaRoja, Andrew Rowe, Veronica DaRoja, Alex Rowe, and his four great grandchildren Mila, Eva, Niome, and Conrad.
Bill was a veteran of the United States Army and served his country for twenty years, retiring with an honorable discharge in 1968. He then spent twenty years in the United States Postal Service, finishing his career in 1987.
Bill started his military career by serving combat duty in Korea in 1950. He would later return to Korea where he received a Commendation Medal for his meritorious service (1960-1961). Bill also served two tours of duty in Tokyo, Japan, where he met and married Sayuri Nakane on November 27, 1953.
His career in helicopter maintenance took him to Fort Riley, Kansas, Fort Ord, California, Fort Wainwright, Alaska, and Fort Eustis, Virginia. During his time at Fort Wainwright, he became senior NCO and 1st Sergeant of the 588th Transportation Company. He ended his military service at Fort Eustis, Virginia, where he became an instructor for aircraft maintenance. Upon ending his career, he received another Commendation Medal for his meritorious service (1963-1967), retiring as Master Sergeant.
In 2016, Bill received a Certificate of Appreciation as a Gold Circle Member for his faithful support of America’s deserving veterans and their families.
In his later years, Bill devoted his time to his home and family. He spent his time gardening and always looked forward to spending time with his grandchildren. He loved his yearly army reunions with his lifelong buddies from the GHQ Signal Group (Korea, 1950-1953). He and his wife enjoyed their travels to Hawaii. They extended their travels across Europe and visited his mother’s homeland, Czech Republic. He was a loving husband, father, and grandfather.
A Military Honors Ceremony will be held for the immediate family at Albert G. Horton Jr. Memorial Veterans Cemetery in Suffolk, Virginia.
Donations in honor of William J. Vild should be made to American Veterans.

May your memories of William Joseph Vild, give you peace, comfort and strength…