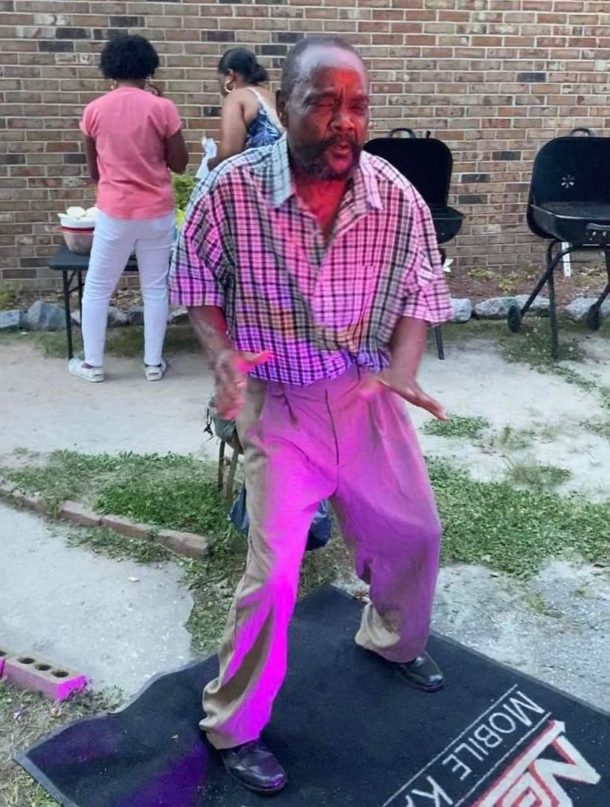 In Loving Memory of Wilbert Leon Scott
On January 15, 2022, the Lord Jesus Christ called home his beloved son, Wilbert Scott.
Wilbert was the son of the late Mattie E. Scott and Carollee R. Scott. He leaves behind two sisters, Carolyn Corprew, late sister, Brenda Scott Hanson; three brothers, Roosevelt Scott (Buddy), Walter Scott (Figgy) and Bruce Scott (Tiny) of Virginia Beach.
He also leaves behind three nephews, Charles Dewitt Corprew (Chuck), Carollee D. Corprew (Hiddie) and Travis Corprew. He is survived by son, Darrell Webb, son of Juanita Brown, and daughter Sarina Morris, daughter of the late Janette Morris; grandchildren, Kaydence, Ja’Monte, Shayla, Travon, Taylor, Shonyea, Kier, Dekari Webb; two great aunts Adele Joyner, Mary Thomas, and a great uncle Clifford Boyd of Virginia Beach.
Wilbert Scott worked for the City of Virginia Beach in the late 70’s to the early 80’s. He transitioned to work for Quality Turf and Sod Company for 30 years, along with his new found job, Blarney Stones Sports Pub & Grill.
On behalf of the family, we like to take the time out to thank you all for coming to show your love and thank you for all the prayers near and far.
A memorial service will be held on Thursday, February 10, 2022 at 2:00 PM at Altmeyer Funeral Home – Southside Chapel, 5033 Rouse Dr., Virginia Beach, 23462.
In lieu of flowers, please consider making a donation to Wilbert Leon Scott’s Memorial Fund

Daddy I am going to miss you so much god call you home to be with loved wife my mom. Y’all up there together dances and care on. I love you both. Keep look over me and the kids. Until we meet again