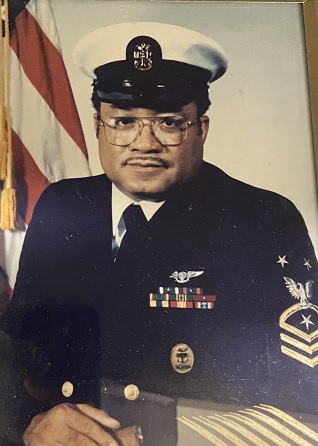 Whitt was a 1958 graduate from Blue Ridge High School in Seneca, South Carolina. He joined the military shortly after high school and also attended several Navy schools where he earned quite a few certificates and awards.

Whitt was a Navy Veteran for the United States of America.

His accomplishments are as followed:

1969, he was appointed as a Permanent Chief Petty Officer in the Navy.

1990- He retired from the military and shortly thereafter he was hired at Walmart as the night stock supervisor in 1992-1997.

Whitt hobbies was auto mechanic, collecting lots of specialty and unique items, ordering from “As seen on TV” items. He treasured eating breakfast with his navy buddies and he also enjoyed watching Sunday football. His favorite team was the Washington Red Skins.

Whitt was married to the late Loretta Burt for 28 years before she passed and had five children.

Burial will be in the Albert G. Horton, Jr., Memorial Veterans Cemetery.

May the heavens grant you peace Uncle Whitt. We will miss you. Love you!

My deepest condolences for the family and the entire McGee-Moss-Morris family. We have missed and will miss Whitt at the family reunions
Pat Chapman, a granddaughter of Isaiah McGee

I will miss you Uncle Whitt!! We love you!!

Our sincerest condolences to the family at this time. You have our deepest sympathy and our hearts are with you. May Master Chief Whitt Moss rest In peace.

“Come to me, all you who are weary and burdened, and I will give you rest. Take my yoke upon you and learn from me, for I am gentle and humble in heart, and you will find rest for your souls. For my yoke is easy and my burden is light.” ~Matthew 11:28-30 NIV

The family of William Morris Jr, Clemson SC sends our love. We pray God’s love and comfort for us all at this time.

Praying for Witt and the Family

Our condolences to your family for the loss of your love one. My family will keep you in our prayers and will be here for you after everyone is gone. We love you and may god bless you all.

Condolences to the family of Master Chief Moss. I remember the comaderie I witnessed while visiting with my cousin Master Chief l. NONE Ervin. Always a fun gathering.

I will always treasure the fond memories of visiting VA Beach VA as a kid every summer and always calling you my “Uncle Whitt Daddy”. May you now have eternal rest.