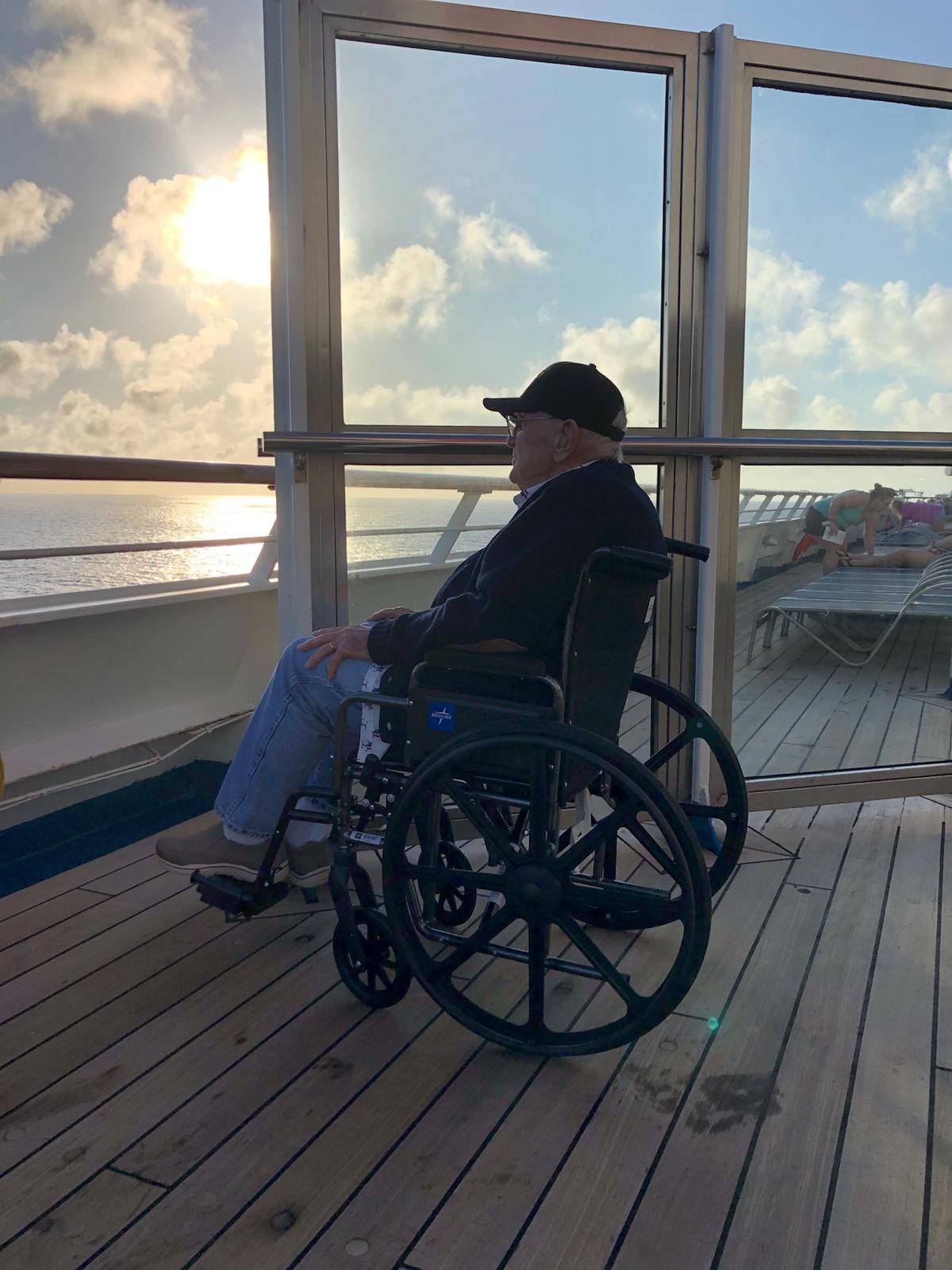 To livestream the Celebration Of Life to your device, please click here.

Interment will be private.

Wayne Edward Whittle passed away on July 22, 2020 in Gastonia, North Carolina.  He was born on October 21, 1927  in East Saint Louis, Illinois to Virgil and Edith Whittle. Wayne spent his childhood years in Illinois and Missouri with his grandparents and numerous uncles, aunts and cousins.  Wayne shared fond memories of his childhood summers spent swimming and sailing in Lake Michigan.
He joined the US Navy on October 27, 1944, one week after his 17th birthday.  He was shipped out after basic training to the South Pacific.  He served with the Occupation Forces in Japan following their surrender.  He retired in March 1967.  Following his years in the Navy he went to work for Sears Roebuck and Company.   Before retiring in 1987 he was one of the top ten salesmen in the United States.
He met his Sweetheart, Earlene Long on New Year’s Eve in Memphis, Tennessee while on Shore Patrol.  He stole a kiss and the rest is history.  He and Earlene were married for 64 years.   Wayne leaves behind Rita Sutton and her husband Lou of Mechanicsville, Virginia, Gary Whittle of Virginia Beach, Virginia, Karen Cloer and her husband Terry of Belmont, North Carolina and Shari Whittle of Belmont, North Carolina 5 grandchildren: Michael and his wife Angel, Melody, Edward and his wife Jenna, Caryn and David Jr., 5 great grandchildren: Charlotte Avalon, Cailey Joyce, Kady Sue, Avery Sue and Edward Wyatt.
Wayne is predeceased by his wife: Earlene, his daughter: Carol Diane, his parents: Virgil Lee Whittle and Edith Durney and his brother Ora Lee Whittle.
Wayne accepted Christ and was baptized at Boca Chica Chapel in Key West, Florida.  Besides his devotion to serving his country and his family he was devoted to serving God.  He was a long-time member of Bayside Baptist Church where he served as a teacher and Deacon. In addition, he served with local ministries such as Union Mission. In April 2018 Wayne relocated to Belmont, North Carolina where he became active and made new friends in Christ at Alexander Memorial Baptist Church.
Visitation will be held from 2:00pm – 4:00pm on Sunday, July 26, 2020 at Altmeyer Funeral Home (5033 Rouse Drive, Virginia Beach, Virginia, 23462) with a Celebration of Life following at 4:00pm.  Interment is private.
In lieu of flowers, Wayne requested that memorial donations be made to Alexander Memorial Baptist Church, 208 South Main Street, Belmont, North Carolina 28012.
The children will be at the family home during this time.

To livestream the Celebration Of Life to your device, please click here.

Wayne was a special friend who I always looked up to for many reasons, to include his goodness, kindness, patience and love of Christ. You could not be around Wayne very long until he began to share his faith and the mercy and goodness of God in Jesus Christ. He was a believer and he lived his faith. He was an inspiration to me and a great encourager. I knew Wayne as a Christian gentleman who never stepped off the path of faith. He loved the Word of God and spent much time in study and prayer to better equip himself to share the truth of Christ. Dear family know you are in our prayers. God’s blessings and peace. Wayne and Lillian Bailey.

Wayne was a rock and salvation in my resurgence in my Christian faith. Both he and Earlene, as well as Cheri always offered open arms during the darkest times of my life.
I spent many hours in his ‘Goat Locker’ discussing life, my current situation and what is to come.
Never judgmental just plain up front common sense and above all do the right thing, as Jesus would do! I can still replay the many talks we had.
What an amazing man, created by GOD. Still love him and miss our talks. Will replay many of them in mind. Sage advice this pure is hard to come by.
I will miss her personal council but he will always be in my heart.
Rest easy shipmate I have the watch. Not sure I am up to your standards but will do my best. I love you as a brother, shipmate, councilor and as a true friend.
Wrap your arm’s around Earlene and enjoy the pleasures of Heaven.

Wayne was a good man, mentor, teacher, and prayer warrior. He would stop and pray immediately with you. He loved the WWII big band music. He made a positive difference with his life in the lives of so many.

Wayne was a wonderful person. My late husband and I knew the family for a lot of years we met at Bayside Baptist Church. He and my late husband, Johnny Reid were best friends. They shared a strong faith in Christ.

I have wonderful memories of not only Wayne but of Earlene and Shari. Meeting in there home for Bible study was a blessing. He will truly be missed. God Bless you and your family.

I’m sorry for your loss. I have such wonderful memories of Wayne and your family . I loved it when we had Bible study at there house. I missed them when I moved away. Wayne, Earlene and Shari are so special too me. My heart goes out to you and your family .

it has been a privilege, a wonderful one, to have been able to share some time with Wayne and his family in Virginia Beach. We have lost a powerful prayer warrior for our world.
My heart goes out to Sherri and her family.