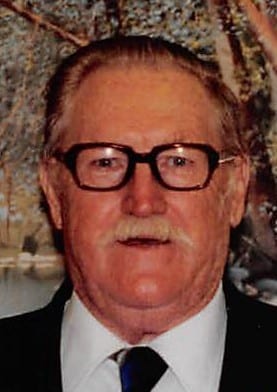 MSG Warren G. H. Reed passed away Monday, February 20, 2017. He was born August 4, 1921, in Rock, West Virginia, to Roena and Andrew Reed. He served in the US Army for 32 years, which included service in Europe during WWII and Vietnam. He was in route to serve in Korea during the Korean Conflict when he was notified his brother, Major Solomon Reed (member of the Devil’s Brigade during WWII) had been wounded and was rerouted stateside. During his service, he was awarded a Bronze Star with 2 Oak Leaf Clusters and numerous other medals for combat operations in Europe and Vietnam. During operations in Europe, he was one of the first three men to encounter the locked gates of the concentration camp at Ohrdurf, Germany. Upon opening of the gates by a tank destroyer, the world first became aware of the true horrors of the Nazi regime.
He was a member of the VFW Post 3219, Phoebus, Virginia, and a member of VVA Chapter 433, Hampton, Virginia.
He is preceded in death by his parents, Andrew and Roena Reed; 14 brothers; 5 sisters; and his wife, Adele Manias Reed, whom he met September 16, 1948 in Linz, Austria, and they were married December 5, 1953 in Ludwigsburg, Germany.
He is survived by his daughter, Roena, son-in-law, Robert K. Damon, and their kittens.
The family will receive family and friends at Altmeyer Funeral Home, Denbigh Chapel, from 1-3 pm Saturday, February 25, 2017, followed by funeral service at 3 pm. Burial will take place in Arlington National Cemetery with full military honors, at a later date.
Memorial donations may be sent in his name to the Salvation army, the Red Cross, or the Peninsula Food Bank.
Online condolences may be shared with the family at altmeyerfuneralandcremation.com

Although a light has gone out in your world, the spirit of your Dad will live forever in your memories and in your heart. We will miss talking to your Dad on the phone and seeing his lovely smile on FB.

Roena and Robert, I am so sorry to hear Uncle Warren has passed. I loved the times he and aunt Adele came to visit me. I thought the world of the both of them. We had so much fun together. So sorry I cannot be there for you. My prayers are with you and Robert.

Roena and Robert, my prayers are with you, sorry I can’t make it for the service but will be at Arlington. Your dad was a very special Uncle, know we will all miss him so much. Glad I stopped by to see him this summer. Thinking of you all.