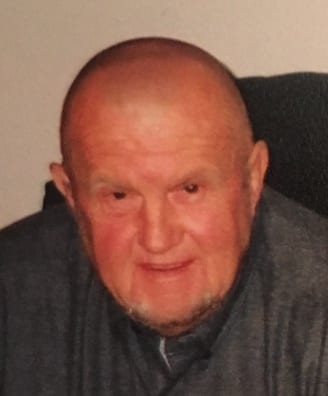 Walter Perkins Barcroft, of Virginia Beach, Virginia, passed away on Wednesday, October 5, 2016 at the age of 78 years. He was born in Virginia Beach on October 3, 1938 to the late Fred Valentine Barcroft and the late Lilly Hewitt Barcroft. Walter married Sandra Rae Muckleroy on June 16, 1962. He was a loving husband and father, who was always willing to help others.
In addition to his parents, Walter was preceded in death by his brothers Lloyd and Fred Barcroft.
Walter is survived by his wife Sandra Barcroft, his sons Walter, Joe, Fred, Jim (Jen) and Mike (Kelly) Barcroft and his daughter Catherine (Brad) Dalton, 9 grandchildren and five great grandchildren. He is also survived by his brother Thomas Barcroft and sisters Elizabeth Tolson, Louise Pownall, Shirley Cahoon and Beverly Weaver; numerous nieces and nephews.
A service will be held in Walter’s honor on Monday, October 10, 2016 at 10 am at Altmeyer Funeral Home, Maestas Chapel, 1801 Baltic Avenue, Virginia Beach, Virginia

Jim, we were saddened to hear of your loss. We are lifting you and your family up in our prayers!

Jim, Fred and I are so sorry for the loss of your dad. Your family is in our prayers.

Walter “Perk to me” and I both grew up off Birdneck Rd in the “old PA County” where I lived north of VB Blvd and he lived south of the Blvd. We were ‘good old country boys’ who loved to fish and be outside in nature. We went all through school together… most of it at Oceana School. I moved out to Los Angeles for 20 years and lost contact with everyone. I did see Walter about 19 years ago at Little Creek Base where we talked and he rented me a boat to go fishing in. Sorry for his passing. I have good memories of our youth together. Paul Kist

Prayers to all involved and sorry for such a great loss.

we so sorry for your loss. Our prayers are with you.