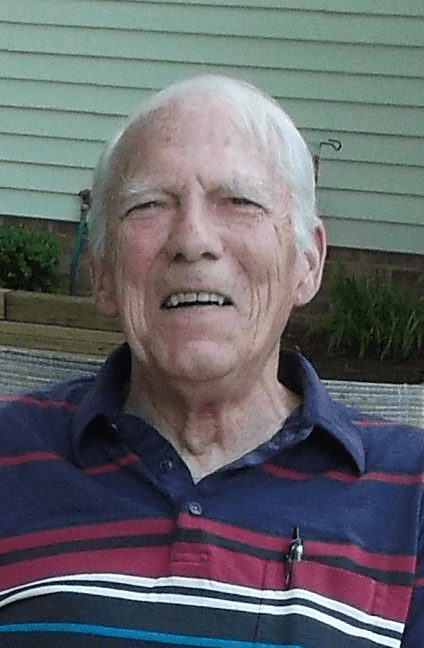 Walter D. “Don” McCuiston, died in peace on January 17, 2016, with far more life ahead of him than the one he just departed. Born in Greensboro, N.C., Don was the son of Walter H. and Lesell H. (Frazier) McCuiston. While still a boy, his family relocated to Norfolk, Va. After graduating from Norview High School in 1954, Don joined the Air Force and was stationed at Colorado Springs, Colo. During this time, he also played the trombone and sang in a quartet called the Autumnaires. Having completed his service, Don came back to Norfolk where he met the love of his life, R. Jean (Jefferson) Meade, and her son, Mike. They were soon married and daughter Melinda joined the family the following year. A few years later they settled in a quiet, one-street neighborhood in Virginia Beach. Shortly after moving, Don yielded his heart and life to the Lord Jesus Christ, whom he sought to follow the rest of his life, and whose presence he now enjoys, forever.
Don was preceded in death by his parents; his brother, Aubrey McCuiston; his son; and his dear wife. He is survived by his daughter and son-in-law, Melinda and Jamez Brewer, along with grandchildren, Ivy and Ezra; his sister, June Elwell; his cousin, Sandra Powers and husband Herman; his brother-in-law, Roger Jefferson and wife Louise; numerous cousins, nieces and nephews; and several friends and neighbors whom he counted dear. He will be—indeed, already is—dearly missed.
Don’s family would like to sincerely thank the multitude of people who helped him in his last few months of life—countless professionals of every stripe and skill. No one’s contribution was too small.
The funeral will be held at 2:00 p.m. on Friday, January 22, 2016, at Kempsville Baptist Church, 5204 Princess Anne Road, Virginia Beach, with Pastor Ken Carlton. Please visit www.AltmeyerFH.com to offer a note of condolence to the family. In lieu of flowers, please consider a gift to the Union Mission Ministries (P.O. Box 3203, Norfolk, Va., 23514-3203) in memory of Don and Jean McCuiston.

For my dear brother and his lovely family. I love you.