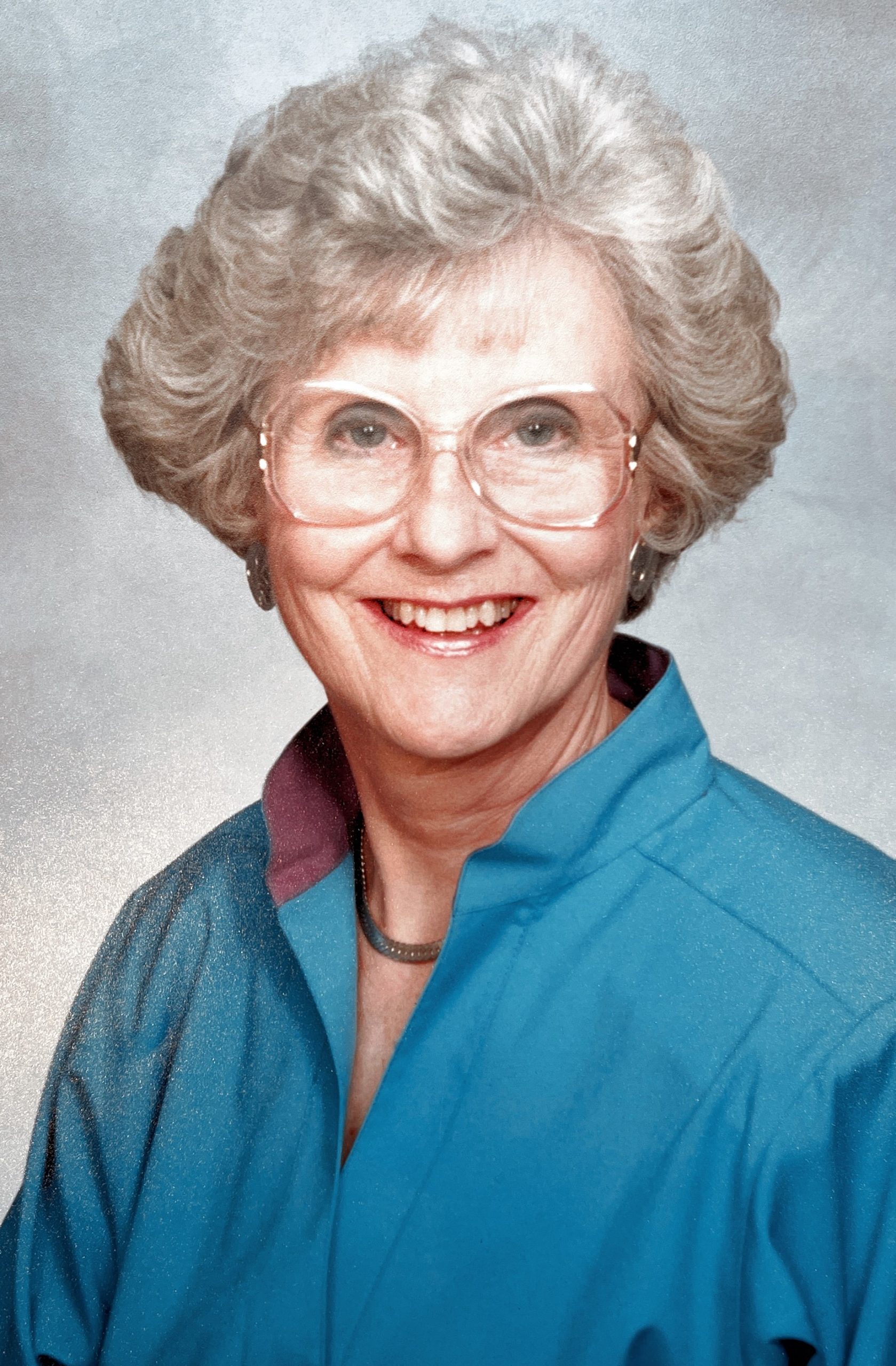 Virginia Caldwell Phillips, 93, went home to be with the Lord she loved and served with joy, on Saturday, Jan. 1, 2022.
She was a beloved mom to four children, and was “Mema” to three grandchildren, their spouses, and her six great-grandchildren, all of whom she adored. We will remember her most for the love she poured into us all.
Born in Atlanta, Georgia, 27 August 1928, Virginia was the first child of Janice Virginia Amorous Caldwell and William Ashford Caldwell. She attended art school at the High Museum of Art in Atlanta, and Stephens College in Columbia, Missouri. As a child and teen she spent many summers with her Aunt Isabel Amorous Palmer in Charlottesville, Va., and had fond memories of riding horses there.
In 1949 she met and married Tench Hannon Phillips, Jr. (they later divorced in 1979), and moved to Ashford Park in Atlanta, and then to Griffin, Georgia. They moved to Norfolk in 1955, shortly after the sudden death of Virginia’s beloved mother, Janice. There, Tench worked in the automobile business with his late brother, Conoly Phillips.
In 1971, the Phillips family moved to Virginia Beach, where Virginia was introduced to the Virginia Beach Community Chapel pastored by Dick Woodward. It was here that she found the greatest strength and comfort in her life, becoming a Christian and dedicating the rest of her life to God. She served in the Virginia Beach Christian Women’s Club and as a phone-in counselor on The 700 Club for many years, and continued her involvement at the Chapel, becoming a treasured counselor and friend to other women who were navigating difficult times.
Mom did not like to live in the past and shared few memories of her life with us, but this is how she would most like to be remembered, as a woman who loved deeply, and served the Lord. Each person she met became someone she prayed for – added to an ever-growing list of those she prayed for daily.
She is survived by her loving children and their spouses: son Tench Hannon Phillips III and wife Angela Capetenakis Phillips of Virginia Beach; daughter Janice Amorous Phillips Jester and husband Doug Jester of Virginia Beach; son David Conoly Phillips and wife Janet Marie Hoel Phillips of Virginia Beach, and their children and families: Sarah Phillips Winstead and husband Coleman Winstead of Virginia Beach, and their children Coleman David Winstead (11) and Jane Virginia Winstead (9); Timothy David Phillips and wife Melissa Rivers Phillips of Richmond, Virginia, and their children, Piper Lee Phillips (5), Wesley Ashford Phillips (3) and Libby Joy Phillips (1); Peter Caldwell Phillips and wife Stephanie O’Brien Phillips of Richmond, Virginia, and their child, Emilia Louise Phillips (2); and daughter Julie Anne Phillips and husband Kyle Dawkins of Watkinsville, Georgia.
In lieu of flowers, please feel free to support Virginia’s love of missions by sending a check to the Va Beach Community Chapel with a designation to the Mission Fund.
A private graveside service will be held on Sunday at Eastern Shore Chapel in Virginia Beach.
A memorial service is planned for the future contingent on a safer environment for public gatherings.
Although she so often said she was “ready to go,” we will miss her unconditional love, her soft hugs and abiding warmth. She provided us all comfort that will carry us through the rest of our days. We love you, Mom.

I am saddened by her passing ad appreciate her praying for me. I love u Julie