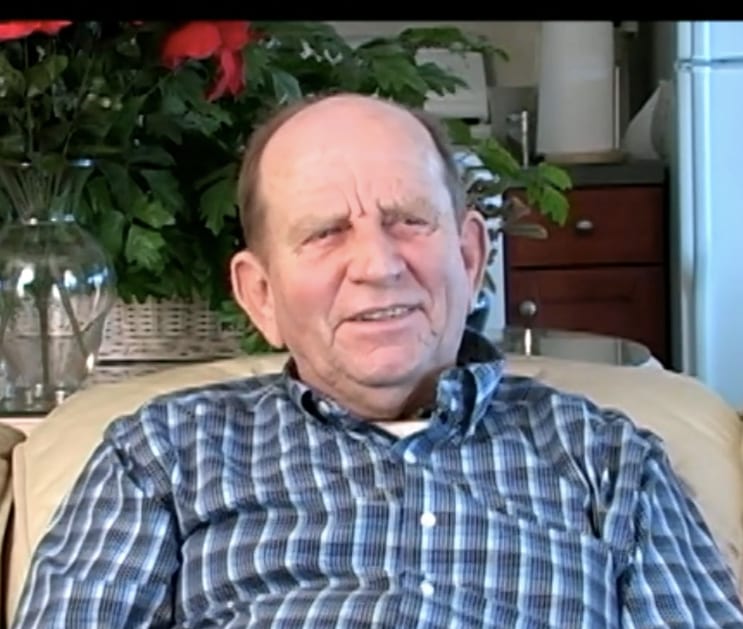 Ulysses Thomas Brown “U.T.”  (Age 87)
passed away, surrounded by family & friends, Tuesday, January 7, 2020. U.T. was born in Princess Anne County to the late Ulysses and Reva Brown on June 4, 1932 and was preceded by the love of his life of 60 years, his wife and high school sweetheart, Yvonne Stephan Brown and two brothers, Dale and Kerry Brown.
U.T. will be remembered for his great sense of humor, mental and physical toughness, intelligence, generosity, and love.  From humble beginnings, at a young age U.T. enlisted in the Marines where he learned to box, later earning the Golden Gloves title by TKO in 1954.   Upon returning to Virginia Beach, U.T. attended Virginia Beach High School where he met his wife Yvonne.  He graduated from the University of Virginia which he attended on a boxing & soccer scholarship.  U.T. became a successful service station dealer in Springfield, Virginia and later a successful businessman in Virginia Beach.
U.T. was a loving husband, father and friend.  His accomplishments are only overshadowed by the indelible mark he left on those around him.  His lifetime example of perseverance, hope, strength and love will endure in the lives of those who knew him.
Left to remember him are 5 children; Jack (Kathy) Brown, Doug (Dee) Brown, Tom (Cindy) Brown, Scott (MaryBeth) Brown, and Kim (Sean) LaCroix; 13 grandchildren, Laura, Lindsey, Chris, Caitlin, Anna, Tim, Craig, Josh, Ava, Liza, Jack, Jackie, and Joey; 1 great grandchild, Layla; his siblings Everette and Bobby Brown; many nieces, nephews, friends and his dog Bumble.
A mass of resurrection will be held Friday, January 17, 2020 at 1 pm at Holy Family Catholic Church in Va. Beach.
In lieu of flowers please donate in U.T.’s name, to the Fisher Center for Alzheimer’s Research Foundation.  The donation can be left by going to TMCFunding.com. Altmeyer Funeral Home Maestas Chapel is assisting the family with arrangements. To leave a condolence online go to www.altmeyerfh.com.

Donations can also be made by clicking “HERE”

My family was blessed in knowing such a great man along with his beautiful wife Yvonne. They were like parents to me. UT was full of wisdom and gave the best advice. We were looking to buy an investment property in Sandbridge, VA. UT and Yvonne owned several properties there so I ask for his advice and he was more than happy to help. We finally found one that we bought and he told me if it didn’t work out he would buy it from me. I was really nervous about it being we were raising our children at the time. We had to renovate the property and get it ready for our first rental. My husband was working on cleaning up the yard of all the debris from the renovation and was on a time line with our first rental coming in. Here comes U.T. in his Lincoln Navigator and he got out of his car and started putting debris and big boulder rocks in his car to help Claude. I will never forget his kindness, wit and love for people and animals. He and Yvonne will always have a special place in my heart. He is now with the Lord and the love of his life Yvonne.

Wonderful memories of the Browns next door at “Checkmate” .

To Ivonne:
We are so sorry to hear about U.T. Great gentleman, great husband, father, grandfather and former boss at Texaco. We will miss him dearly.
Love Carolyn and Charlie

What great memories I have of U.T. from Virginia Beach High School and UVA. U.T. was a man who succeeded at ever endeavor. He was the most successful person at are 10-year high school graduation reunion, arriving in the biggest and fanciest car.

https://www.youtube.com/watch?v=kaYlzu1N7Js&feature=youtu.be
I am so sad to hear this news!

My time knowing U.T. goes back to my employment with Texaco Oil Co. in 1967. U.T. was in charge of training which included new sales reps. He later became my immediate supervisor and in time mentor. One of his bits of wisdom was in handling a difficult relationship. He observed and said “Myron you were right in your strong approach; but you will get more with sugar then with bitters”. A true life lesson. UT was a hard worker and extremely competitive but always made it fun with that special twinkle in his eyes. Nothing meant more to him than a good ending and his caring smile.
He was kind and considerate of all people and went out of his way to help those in need. Thanks U.T. for all the memories and that special twinkle. A great friend who cared and knew what was really important. Thanks for looking after me. You will always be their in my thoughts.

Mr. Brown’s business is a cornerstone of the Burke/Springfield community. He was clearly a man of high integrity and remarkable generosity. His employees carry on his legacy.

I offer thanks for the life of Ulysses Thomas U.T. Brown. The appearance of of his Shell station was delight as he celebrated holidays and seasons. the courtesy and reliability of his employees and quality of work mad it a pleasure to do business. All this reflected his leadership and concern for the employees and customers.and an example for others. I pray that He will join that “cloud of witnesses” who will inspire us.

I started working at Cardinal Plaza Shell in 1998 when I was 16 years old. I still work there to this day, 21 years later. When I started at CP Shell, UT Brown had taken a step back from the business. UT was more of an ominous figure who would randomly show up. Each and every employee there knew what it meant when “UT was coming to the shop”. It meant we had to make sure that the place was in tip top shape, not a shred of garbage to seen, not a smudge on the windows to be had. Simply put, we had to keep the station “standing tall”.

Over the years, I’ve only had sparing conversations with UT. Even so, I can say that the man has impacted my life greater than many people who I interact with even on a daily basis. UT built Cardinal Plaza Shell. From a tiny sprawling suburb in Springfield, he built a repair shop and gas station that became engrained in the community. The CP Shell that I chose to work at 21 years ago was the product of UT’s hard work, sweat and love. When UT passed, Springfield VA lost a piece of itself.

UT’s legacy lives on though. As the station that he built, the station that I’ve had the pleasure of working at over the last 21 years, is ever more the staple of the community. This is a testament to not only UT’s vision of a station, but his ability as a father to raise children who share his same unique ability. He has passed down a legacy and Scott and Doug have ensured that his legacy will be sustained in the future. Even though UT has left this earthy plane, he will live on through all that he’s touched in his time here.

I am sorry to receive this news, UT was a remarkable man. My sincere condolences to all of the family. Peace.