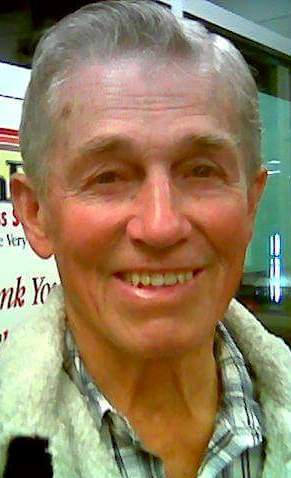 We will be leaving to Albert G. Horton Jr. Memorial Veterans  Park at 12:00pm

Truxton (Tick) Basnight 86, passed away peacefully in his sleep March 5, 2016 after a long battle with Alzheimer’s. Tick will be remembered for his quick smile and witty humor. He was an army veteran. He was a brick mason for over 50 years and was well known for his craftsmanship. He was a generous and kind man who was known to give up his lunch or last dollar to someone in need. But his greatest accomplishment was his family, who he was completely and selflessly devoted to. He was predeceased by his parents, Truxton Basnight and Violet Cain and two brothers, Lawrence and Rudolph Basnight. Left to cherish his memory is his wife of 63 years Patricia (Anne) Basnight, 3 daughters Dianne Gray, Donna Harrison (Tim), and Debby Kowalski (Mike), 6 grandchildren, Raymond Gray (Draya), Lynda Samayoa, Dawn Emerson (Jeremy), Stephanie Neamond, Patricia Harrison, Christopher Harrison (Yana), 13 great-grandchildren, a sister Vera Kashavsky (Chuck), and sister in law Darlene Pick. A public viewing will be held Wednesday 3/9 from 6pm – 8pm at Altmeyer Funeral home 5792 Greenwich Rd, Virginia Beach. Funeral services will be held on 3/10 at Third Presbyterian Church 8065 Carlton St, Norfolk at 10am. Interment will be held at Horton Memorial Veterans Cemetery 5310 Milners Rd, in Suffolk at 1pm.