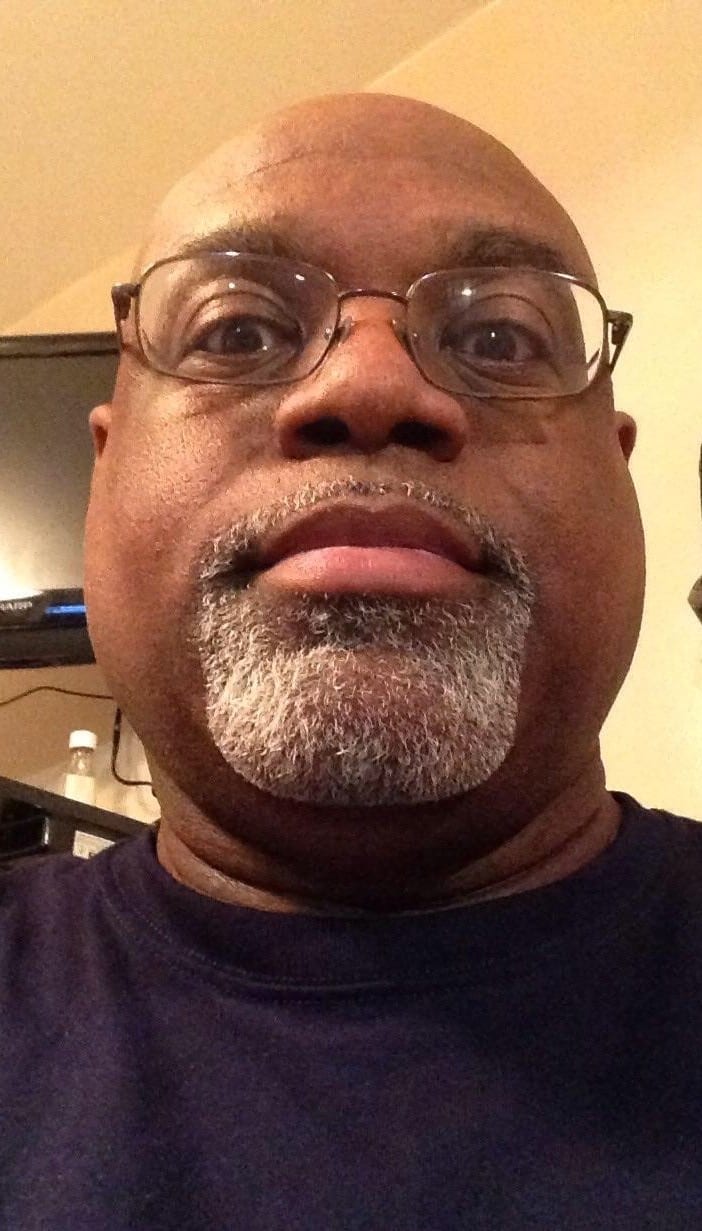 No More Pain, No More Suffering for Me
God Sent an Angel To Set Me Free
Timothy D. Wilkins, son of the late Ernest Leonard Wilkins, Sr. and Ruby O. Wilkins departed this life on Sunday, August 16, 2015 after fighting a hard and valiant battle with leukemia.
Timothy or “Tim” as he was affectionately called by his family spent his early years living in various states as his father was in the Navy. He was an honor graduate of Richland Northeast High School in Columbia, South Carolina and did further study at Duke University. In high school he participated in many school activities and was a member of the wrestling team. He was an avid reader and enjoyed reading and collecting old comic books.
As the oldest of five children Tim was always attentive to the needs of his younger brother and sisters. He was the Big Brother who looked out for them and did not mind taking them to the movies, reading stories or playing games with them. Even as an adult he continued to be supportive and giving to his family. After the death of his father he became very protective of his mother and made sure all of her needs were met. His entire family loved him and will always remember his loving, caring and giving ways.
Timothy was employed at Virginia Paving as a Lab Technician. He was respected by all who knew him.
Timothy leaves to cherish fond memories: his mother, Ruby O. Wilkins, his brother, Ernest L. Wilkins, Jr. (Angela), Sisters Sheila O. Mercado (Jose), Erica Thompson, Ida Wilkins; Nieces, Monique Wilkins, Ayanna Brown, Alysha Brown, Felicia McCroy and Rianna Wilkins; Nephews, Ronald Walton, Robert Wilkins, Christopher Wilkins and Scott Brown; Great Nieces, Amaya Wilkins and Sophia Sheppard; Aunts, Gertrude Cromwell (Julius), Mae Lois Penny (Clyde ), Gloria McClain and many cousins and friends. We Loved Him, But God Loved Him Best.
The family will receive friends Saturday, August 22, 2015 from 12-2PM at Altmeyer Funeral Home, 1801 Baltic Ave., Virginia Beach with a service to follow at 2PM with Bishop Clinton Cuffee officiating. Condolences may be expressed to the family at www.altmeyerfh.com.
Sorrowfully Submitted
The Family

I met Tim almost 35 years ago when I worked at Zenos books. We both collected comics and started a friendship that lasted decades. I went and visited him back in 2002 when he lived out of the area and am saddened to say was unable to stay in touch with my good friend. My wife and mother thought the world of him and we often thought about him and wish we would hear from him. We are truly heartbroken by the news even more so as we have found out after his service as we would have surely wanted to pay our respects. He is with God now and is at peace and I hope to see him again one day. Craig Davis and family

Tim,
You were everything I could ever imagine a Big Brother to be. Words can not express the pain I am feeling or the love I have for you.
I am going to miss our long phone calls, chats, and time spent together bonding.
I love you.

There are few people in your life that make an impression enough on you that during your day you think of that person. Tim is one of those in my life. I am deeply saddened and wish to express my sincerest condolences to his family.

It was truly an honor to call Tim my friend. We were friends for forty two years. He is sorely missed.

Tim was my oldest and best friend, roommate for over a decade, co-worker at 6 different companies. Cannot recall ever having an argument with him or being turned down when I needed help. Taken far too soon, but I find some comfort that he is no longer in pain. I do not know a better Soul and he will be greatly missed. My deepest sympathies to his entire family.