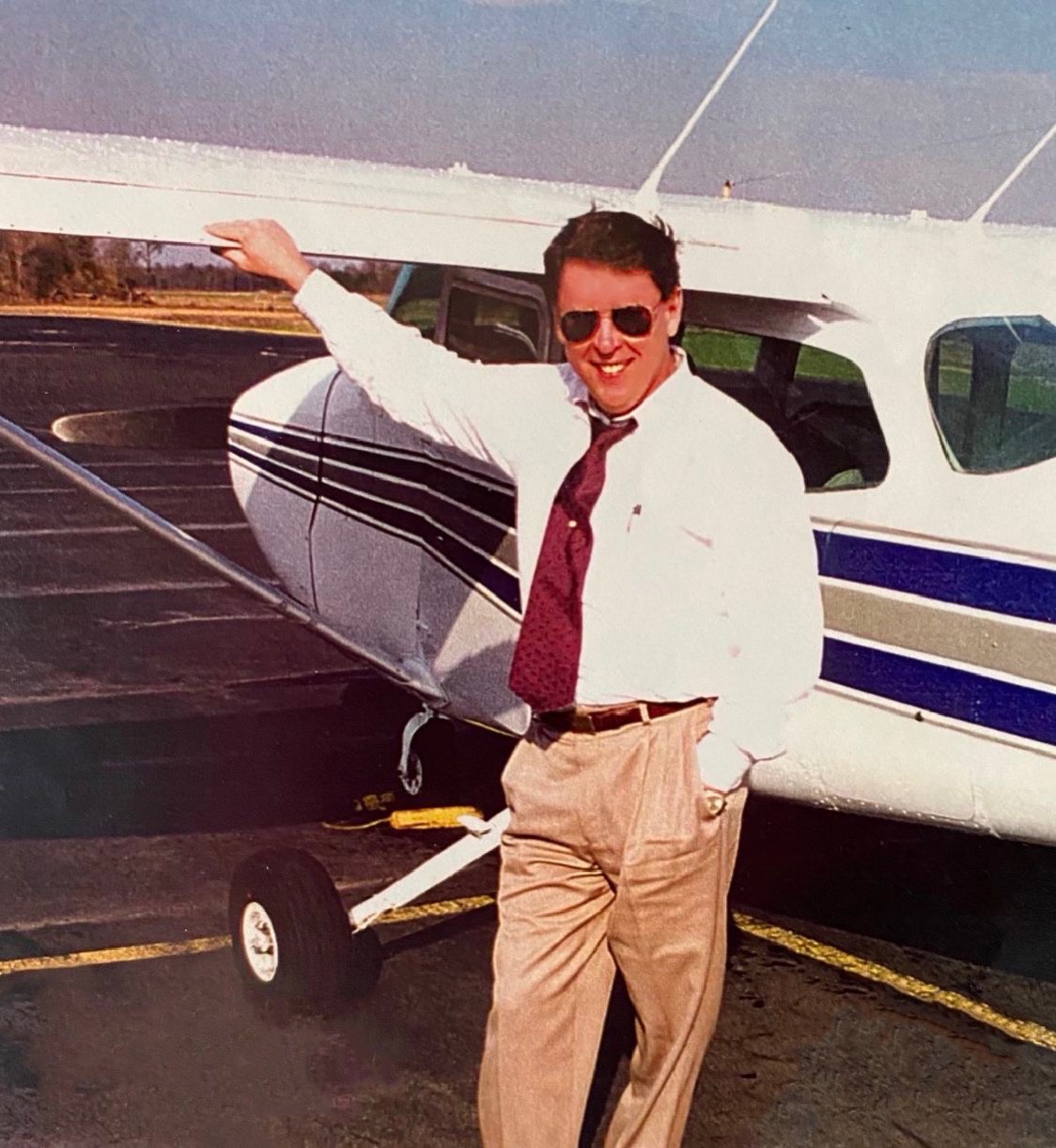 Thomas M. Gengler moved to heaven April 25, 2022 in Virginia Beach, Virginia. His big and much used heart gave out after a lifetime of welcoming diners with his genuine and engaging grin followed by a multitude of different voices exclaiming, “Hey Tom!”. Tom was a well-known and highly respected restaurateur for 45 years in Connecticut and Virginia. It was with ease and delight that he managed his staff, created unique menu offerings, selecting piano players for the baby grand piano in the dining room, and with his partner, Dan Speasmaker, lifted Tandom’s Pine Tree Inn to an iconic landmark in Virginia Beach. (Tandom’s is a combination of partners names Tom and Dan). Tom later opened and managed the anchor restaurant, Kincaid’s Steak and Chop House in MacArthur Center for ten years. Tom created an elegant and relaxed environment where celebrities, politicians, and long-time regulars mingled easily.  In his personal life, he was known for welcoming and training new wait staff, including nephews Jonathan and Brandon, as well as teaching and encouraging his wife’s special needs students in a exceptional vocational training program. Tom and his wife, Andrea, completed foster parent training in order to support and nurture a series of foster children. Although managing a fine restaurant was deeply satisfying to him, nothing matched the freedom and exhilaration he felt behind the wheel of his motorcycle, his boat, or a Cessna.

Tom was born November 27, 1946 in Lafayette, Indiana to Jane T. and Ralph E. Gengler. Tom graduated from Old Dominion University with a major in Political Science and was a founding father of Theta Chi Fraternity, to the ODU campus. Tom entered ODU on the GI Bill after completing four years of service to his country in the US Navy.

Enlisting in 1965, Tom completed basic training in San Diego and took Communications A School in Norfolk. He was transferred to Naval Communications Station in Norfolk and served as Fleet Locator. Tom served on the USS CAMBRIA as the Administrative Assistant to the Operations Officer stationed in the Mediterranean. He later served as the Operations Officer Administrative Assistant aboard the USS SPEIGEL GROVE stationed in the Mediterranean. Tom was honorably discharged in 1969 and received the National Defense Service Medal.

Tom was predeceased by his father, Ralph E. Gengler, his mother and step-father Jane T. Wright and Hal Wright.

A visitation will be held at 11:00 AM, Saturday, May 7th at Lynnhaven United Methodist Church, with a funeral service to follow. A graveside service will be held the following day, Sunday, May 8th at Colonial Grove Memorial Park beginning at 1:00 PM.

In lieu of flowers, please make donations to the Virginia Beach SPCA in Tom’s honor.

Andrea – so sorry to hear of your loss. I remember when you told us you’d met this great guy and the next thing we knew you were getting married. Hugs and prayers for you and your family.

Some of my fondest memories of my life are my days with Theta Chi Fraternity. Tom was a big part of that. My condolences to the family. You lost a wonderful person.

Andrea, I am so sorry for your loss of Tom. You are in my thoughts.
My best to you, Sally

Tom was a wonderful person and will be missed.Condolences to Tom’s family.

Tom’s passing has really shaken me. What a terrific individual he was. I have so many memories of him from the Tandoms Pine Tree Inn days. He was always wonderful to me. And my wife still talks about the best steak she ever had, which Tom personally selected for her one night when we dropped by to say hi at Kincaids. We had such a wonderful visit that night. Tom’s personality is impossible to forget. I am better for having known him. Heartfelt condolences to Andrea and the entire family during this most difficult time. I am so sorry for your loss. Blue skies and tailwinds, brother, and may you Rest In Peace.

Tom’s passing leaves us with a terrible sadness at the loss of a dear friend. Tom and Andrea were always gracious hosts, even welcoming our friends and family when they visited.

Jerry frequently just dropped over to hang out with Tom, discuss current events, watch favorite classical music or classic movies, and share memories together. We did internet searches on obscure matters, and shared the odd podcast.

Susie and I enjoyed many celebratory dinners with Tom and Andrea for birthdays and holidays.

His passing leaves a void that cannot be filled. We share our sorrow with Andrea.

We also extend our sincere condolences to other family members and good friends whose grief we share.

I am glad Tom’s life touched mine. We met when join Tom joined Theta Chi and we made a point of staying in touch as the years took us in different directions. I learned a lot from this kindred spirit and he will remain a fond part of my memory. May he rest in peace.

My favorite memory of Tom lasted through an entire weekend of ODU Basketball. After watching ODU win the early rounds of the finals at the Theta Chi house on Colonial Ave, five of us piled into Tom’s Volkswagen Beetle and drove through the night to Indiana. The laughter, foggy driving conditions and a huge hair dryer in the back seat was unforgettable. He was always fun and a very nice guy.

I remember Tom as a very warm outgoing person, with a smile that said a lot! He was a wonderful fraternity brother and I can STILL remember his voice! He will be missed. My deepest condolences to his family. Rest in peace, brother.

Andrea-My heart is heavy at the passing of Tom. May your happy memories lift your heart in the days ahead.