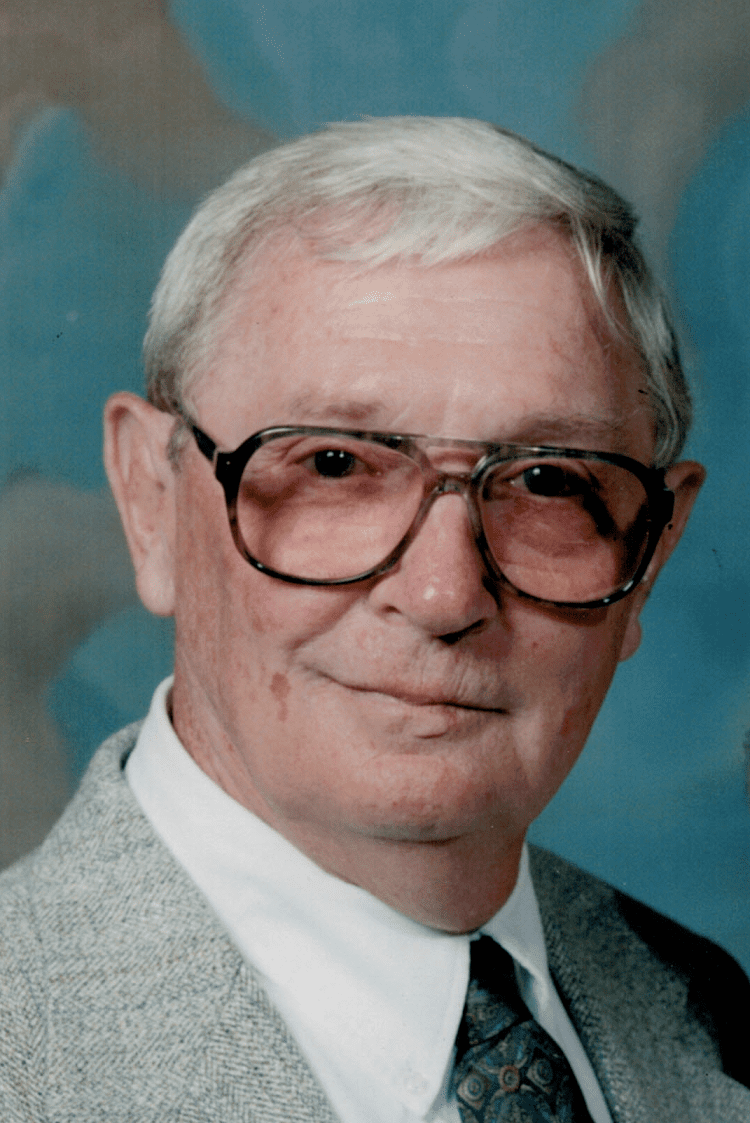 Newport News, VA
Thomas Elroy Kersey, 88, of Newport News, passed away at The Ballentine Assisted Living Community in Norfolk on Tuesday, July 7, 2015.  Born in Richmond, VA, he was the son of the late Aubrey Otis Kersey, Sr. and the late Blanche Gill Kersey.  In addition to his parents, he is preceded in death by his brother, Aubrey Otis Kersey, Jr. and his sister, Georgia “Anna” Sholar.
Elroy Kersey was a Veteran, having served our country during WWII in the U.S. Army.  In January 1945, while a high school senior, Elroy was drafted into the U.S. Army after completing half of his senior year.  Elroy was a track and football star in school, holding the 100 and 220 school track records that stood for 17 years. He accepted being drafted as his patriotic responsibility for defense of the nation.  Elroy was assigned to the 1st Tank Battalion, First Armored Division, Germany. Following his service, Elroy returned to Newport News Highs School for one semester and then graduated.  After graduation, he attended the Newport News Shipyard Apprentice School where he excelled in both track and football.  While he was attending The Apprentice School, Elroy met his wife, Pat who was a senior in high school. Elroy and Pat were married and happily made Newport News their home where they raised their family.  Elroy was a member of Second Presbyterian Church and he was a Mason.  In 1992, Elroy retired from the Newport News Shipbuilding Apprentice School.  He taught at The Apprentice School for 40 years and coached track for 35 years. At his retirement, many students he taught over the years were present, wearing buttons that read, “Kersey Trained”.     Elroy Kersey was a family man and a compassionate man.  He was a devoted husband, father, grandfather, great grandfather, uncle and friend.
Mr. Kersey is survived by his loving wife of 62 years, Patricia Morris Kersey of Newport News, his son, John Thomas “Tom” Kersey and wife, Barbara of Virginia Beach, his daughter, Barbara Paige Kersey and husband Robert Siviter of Norfolk, his grandsons, John David Kersey, Parker Bryant Wyatt, his great-grandson, Dalton Bryant Allen Wyatt, his step-granddaughters, Meredith Gray and husband Jon, Taryn Kinser and husband Luke, and his step-great-grandson, Jack Elliott Kinser, and many nieces, nephews and friends.
The Funeral will be held at 1:00 pm on Saturday, July 11, 2015 at the Denbigh Chapel of Altmeyer Funeral Home with Chaplain James Thompson officiating.  There will be a time of visitation Friday evening, July 10th from 6:00 – 8:00 pm, also at the Denbigh Chapel of Altmeyer Funeral Home.
A Committal Service with Military Honors and Masonic Rites will be held immediately following the Chapel Service at Peninsula Memorial Park.  The family invites everybody back to the Denbigh Chapel of Altmeyer Funeral Home following the graveside service for a reception and time of fellowship.

We were so saddened to hear of Mr. Kersey’s passing. Our condolences to the entire Kersey family at this sad time. We know he will be greatly missed by his family and friends.

I remember Elroy Kersey mostly from my relationship with him in my childhood. My aunt and uncle often came to North Carolina during the Christmas season and would come to the orphanage of my youth (11 years) and pick me and my sister up and take us to Newport News for the holidays. Sometimes my summer vacation was with my uncle and aunt, too. It was during these visits to Newport News I would love seeing Elroy. One summer he took me to his father’s house to see his father’s pigeons. He talked his father into giving me two of the pigeons and I took them back with me to the orphanage. One of the boys open the door of the pen and the pigeons flew back to Elroy’s father house where they were again locked in his cages. More than anyone else, it was Elroy who took interest in me when I was at Newport News.
I will miss Elroy and will always know his love and special time he gave to me during my Christmas and summer vacations in Newport News.

I served my apprenticeship under Elroy from 1982-1986. I Enjoyed working under him . I am sorry for your loss .