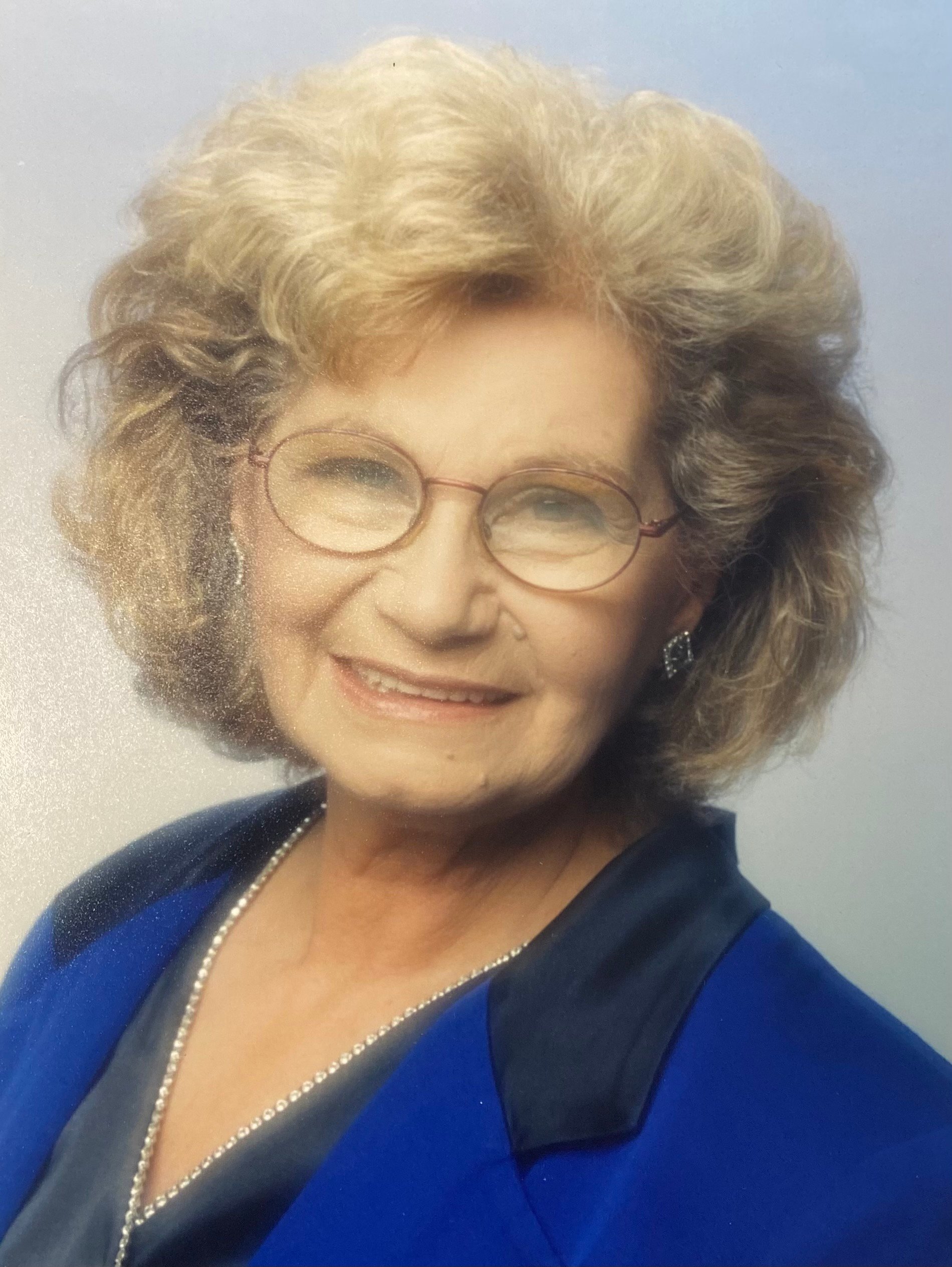 Theresa M. Kaufman, age 91, passed away May 1, 2022, in Virginia Beach, Virginia. Theresa was born on April 29, 1931, in Bridgeport, Connecticut, to parents, Dominic and Mary (Della-Russo) Meriano.

Theresa was one of 11 siblings who grew up on a small farm in Fairfield, Connecticut, where she went to school and attended church regularly. During the growing season she worked with her father planting and harvesting vegetables that the family sold to supplement his income; tended to family pets and barnyard animals; and assisted her mother with the many laborious chores associated with caring for such a large family.

As a youth Theresa enjoyed playing baseball with neighborhood kids, swimming in community lakes, and horseback riding. From an early age Theresa loved to draw and was quite the sketch artist. She enjoyed painting as well. As a young adult Theresa competed in bowling leagues. Theresa was also a life-long avid reader who would spend hours engrossed in a book. Most of all, Theresa loved spending time in her garden where she was endlessly enchanted by the splendor of nature’s beauty.

Theresa married the love of her life, Gerald R. (“Jerry”) Kaufman, who used to take her on sightseeing motorcycle rides throughout New England. They both had great senses of humor that complimented each other. Theresa became a Navy wife after Jerry enlisted as a submariner, and raised three children.

Theresa loved her family more than anything else. She was a devoted and loving wife, mother, grandmother, and friend to many.

Theresa was preceded in death by her parents; all of her siblings except for her younger brother, Nick (88); her husband, Jerry Kaufman (2012); and her eldest son, Bob Kaufman (1986). Theresa is survived by her son, Jay Kaufman, and daughter, Lisa Dickason; grandchildren, Jessica and Joseph Dickason and Robin Sorg; great grandchildren, Jaden, Jordyn and Mason Williams.

The pony rides at Oceania stables; the car rides up to Connecticut; the endless trips to the doctors for ear infections; the countless breakfast, lunch and dinners; the long mornings at the flea markets; the long days at the park; the long walks around the block with the flashlight at night; the never ending support; the unconditional love – will never be forgotten. I had a special relationship with you and Grandpa that no one else had or understood. Thank you for everything. I love you dearly   💜

Sorry to hear of Aunt Tessies passing. We have many pleasant memories of her in Connecticut. Condolences to you and your family 🙏