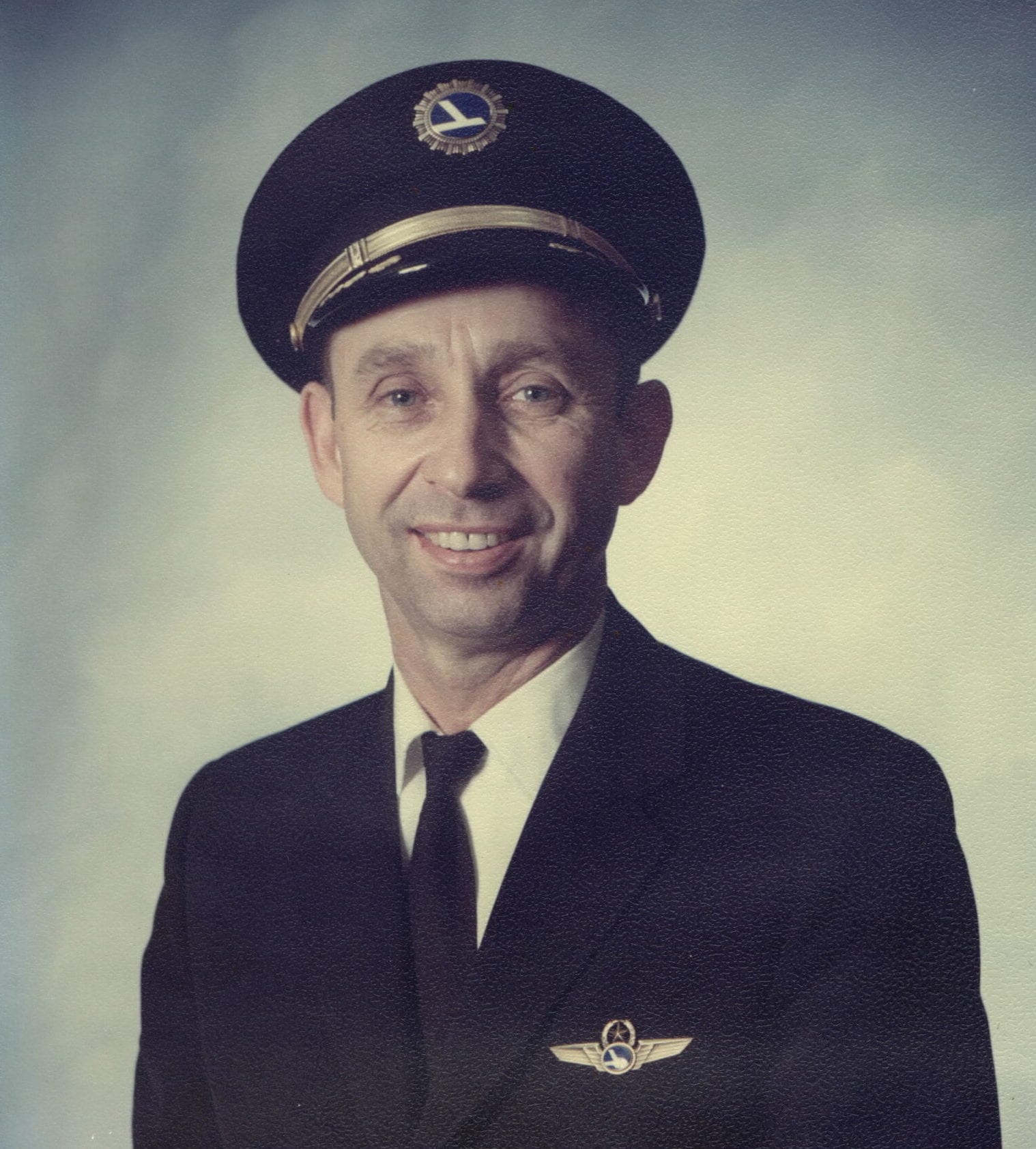 Theodore Eugene “Gene” Thieman, Sr., 86, went to be with his Lord and Savior on November 20, 2016. Gene was predeceased by his beloved wife, Frances and his oldest son, Warren. Gene was a man of many talents and careers. His love for flying was his first true love. He purchased his first airplane at the age of 17 and never looked back. He was a Commercial Pilot for Eastern Airlines for 26 ½ years with an incredible total of 24,000 flight time hours. His love for flying was only surpassed by his love of the Lord. He was ordained as a pastor in 1978, he also served as a Chaplain for the Police Department. Even though he was no longer preaching in a church he continued to witness until his very last day. He asked everyone he came in contact with if they loved the Lord. Witnessing and spreading the word of the Lord was important to him. He also loved his country and he was proud to have served in the United States Navy. Gene was a Game Warden here in Back Bay and loved his time enjoying the beautiful area he called home. He loved all of these things and took pride in all of them but most of all he loved his family. Gene and Frances had a large family and both of them have left behind an amazing legacy. They have children, grandchildren and great grandchildren that they were both very proud of that will continue to make them proud.
Gene leaves behind a family including 5 children, Linda Xenakis and her husband Nick, Theodore “Ted” Thieman and his wife, Gayle, Debbie Perkins and her husband Jimmy, David Thieman and his wife, Kim and Cheryl Childress and her husband, Mike and his daughter in law, Judy Thieman; 15 grandchildren, Jeremiah Xenakis and his wife, Lynsey, Josh Xenakis and his wife, Kim, Jessica Daughtry and her husband, Jeremy, Ben Thieman and his wife, Ashley, Matthew Thieman, Alicia Ryan, Jeb Barnes and his wife, Katie, Melissa Thieman, Megan Banton and her husband, Jamie, Dylan Thieman, Andrew Thieman, Jared Thieman and his wife, Katie, Kirsten Thieman, Michael Childress and Stephen Childress and 10 great grandchildren, Nicholas, Sam, Mahayla, Jameson, Xiah, Zara, Madison, Aiden, Elijah and Colton. He is also survived by his family in Missouri, including his sister Mary Ellen Gericke and her husband Bill. A special thanks to Lisa Bateman, his daily caregiver, for all you did for him.
A celebration of his life will be held on November 30, 2016 at 5:00 p.m. at Oak Grove Baptist Church, 691 Princess Anne Road, Virginia Beach, Virginia 23457, the family will be receiving friends at the reception following the service. In lieu of flowers please make donations to the Oak Grove New Building Fund in the name of Theodore E. Thieman and Frances Thieman. Condolences may be expressed to the family at www.altmeyerfh.com.

Mr. Thieman always had a smile and I appreciated his kindness throughout his life. He showed the fruit of the spirit. My thoughts and prayers to the family.

David, I am so sorry for your loss. Your dad was a very nice and kind man. He rode with me in my patrol car a many of times. My condolences to you and your family.

Mr. Gene was a wonderful and inspiring person. He will be greatly missed.

David, Kim and family, yes, Sorry for your loss but what a Wonderful Gift he and your Mother gave to all the Thieman families! Praise God!

Linda, so sorry for your loss. Sincerely, Al Riggs and Lindsay.

Shank, so sorry for your loss, Sincerely Al Riggs and Lindsay.

Our thoughts and prayers for you and your entire family. So sorry for your loss.

I am so sorry for your Loss.

He was such a kind person.