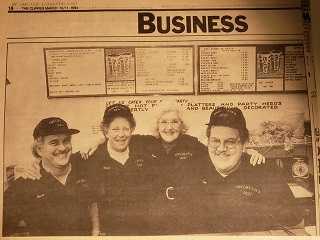 Thelma Fay Goldman Lazernick passed away April 20, 2022, in Virginia Beach, Virginia. Thelma was born in Norfolk, VA, January 27, 1928, to Solomon and Fannie Swersky Goldman. She grew up in the Ghent section of Norfolk and graduated from Maury High School. She attended the Norfolk Division of William and Mary College (precursor to Old Dominion University) and received her RN from the Sinai Hospital School of Nursing in Baltimore, Maryland, where she met and married Albert Lazernick. After residing in Maryland for several years, she and Albert returned to Norfolk where they raised their six children. Thelma worked as a private duty nurse for almost 40 years, often helping patients and their families spend their last days at home rather than in a hospital or nursing facility.
In addition to her parents, Thelma was predeceased by her husband Albert, sister Irene, brothers Eugene, Harold, Mickey, Paul, and Jack, as well as her sons Eugene, Steven, and Lee. Left to cherish her memory is daughter Marlie (David) and sons Brad (Judy) and Ernie (Joe). She is also survived by grandchildren Ryan, Samara, Josh, Jenny, Mandy, Isaac, Shayna, and Jacob, as well as a host of great-grandchildren, nieces, nephews, and cousins.
A graveside service will be conducted at 11am on Monday, April 25, 2022, at Forest Lawn Cemetery. The service will be live streamed at the bottom of this page.
In lieu of flowers, donations in Thelma’s memory may be made to the Beth Sholom Home of Eastern Virginia, 6401 Auburn Drive, Virginia Beach, VA, 23464, Congregation Beth El, 422 Shirley Avenue, Norfolk, VA 23517, or the Alzheimer’s Association of Southeastern Virginia. The family wishes to extend their heartfelt appreciation to all the staff at Beth Sholom for the wonderful care they extended to Thelma over the years.

If the live stream is not displaying at the posted time, there may be cellular connection issues at the cemetery. If this is the case, please check back at a later time as the service will also be recorded and uploaded. We thank you for your understanding, and appreciate the support for the family at this difficult time.

Marlie, my deepest sympathy to you and your family. Sincerely Beth Gabovitz

I am so sorry to hear of your loss. May her memory be a blessing and a comfort for your family.