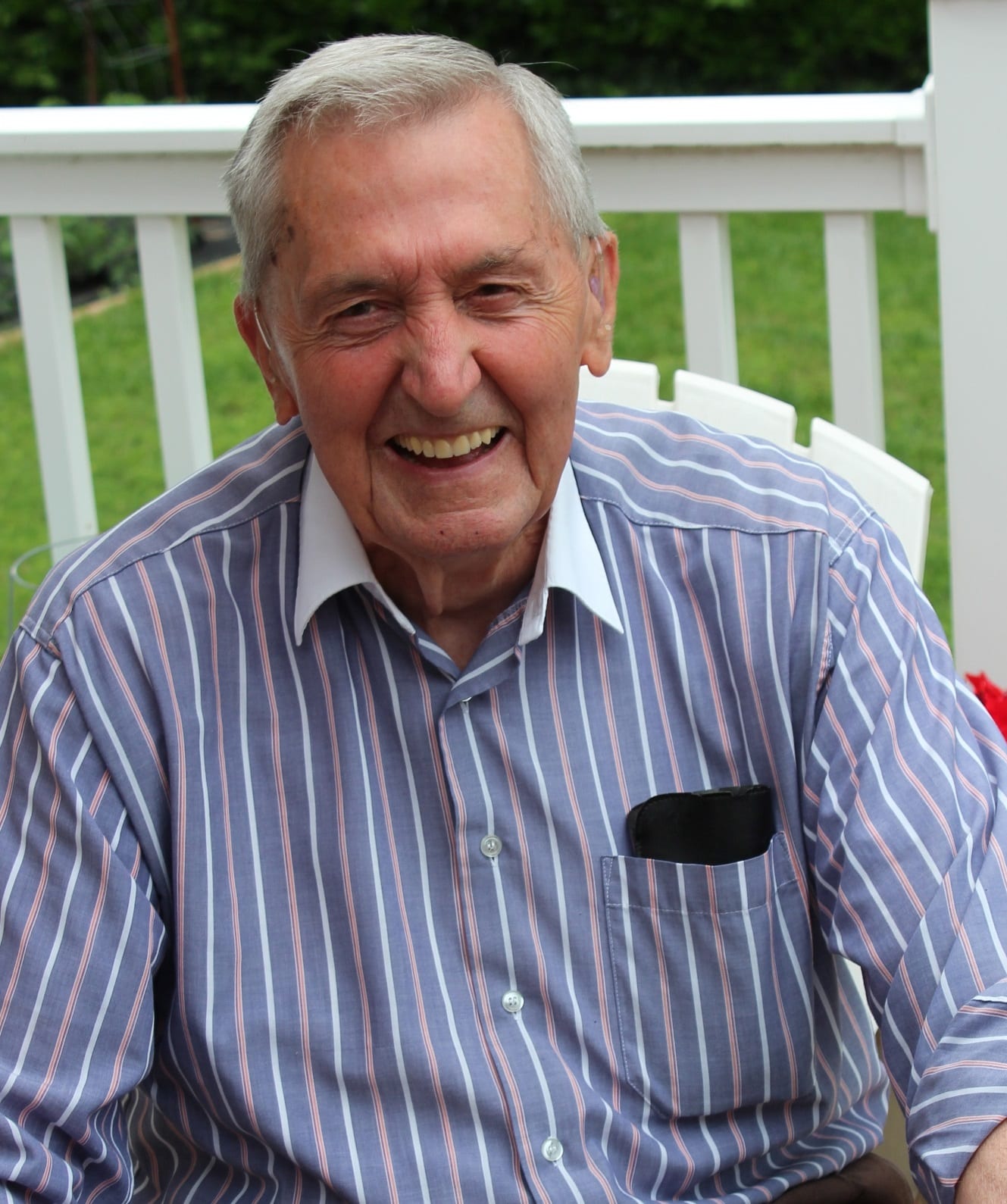 Ted Pace, 87, died peacefully in his home on Saturday, December 3, 2016.
He was preceded in death by his wife Roseanna Pace, and he is survived by his sister in-law Geraldine Byrne; his children Yolanda & Mike Imprevento, Laura & Steve Dagle; his grandchildren Kristan & Troy Barbour, Erin Zerbe and her husband Steven Rickman, Kevin & Kirsten Zerbe, Christopher Dagle, Michael & Kelsey Dagle; his great-grandchildren Holter Barbour, Deacon Barbour; and many close friends.
Born and raised in Smithfield North Carolina, the son of Louellen Williams and Henry Lester, Ted was a world traveler who maintained a deep and meaningful connection with his roots in Smithfield, making time to attend the Williams Family reunion every year.
In his early years, Ted worked on the family tobacco farm before joining the military in 1945. He spent time serving his country both as a Marine and as a member of the United States Air Force. He met his wife Roseanna during a deployment in London in 1958 and they were married in Pinelevel, North Carolina in 1959. Ted Pace faithfully served his country with a distinguished career in the military until 1967 when he retired from the Air Force as Master Sergeant First Class.
A successful businessman and a staple of the local community, Ted Pace started the family insurance business Pace Insurance Agency in 1977. The business is still run by his daughter Yolanda Imprevento. He not only took pride in his business, but truly cherished the friends he made during his time at Pace Insurance.
Ted Pace was passionate about his family and about traveling. He relished any opportunity to hop a flight and go somewhere new in the world. Some of his favorite places to visit across the globe included Ireland and Italy; and he would often spend summers at his home in Bray, Ireland, or take trips with the family to Rome and Florence. He spent the last few years developing his family’s tobacco farm into a beautiful new sub-division called Williams Farm.
Ted Pace maintained an active life-style and he walked daily. He had a true passion for life and loved to tell stories and jokes that could light up the room. He was quick to smile, sing, or dance, and seemed to have an old adage or saying for any situation. He was known to love Canadian Geese because they travel the world and mate for life.
There will be a viewing Tuesday December 6, 2016 from 6:00pm-8:00pm at Altmeyer Funeral Home 5792 Greenwich Rd. Virginia Beach, VA 23462, and the funeral service will be held on Wednesday December 7, 2016 at 1:00pm at St. Pius X Catholic Church 7800 Halprin Dr. Norfolk, VA 23518.