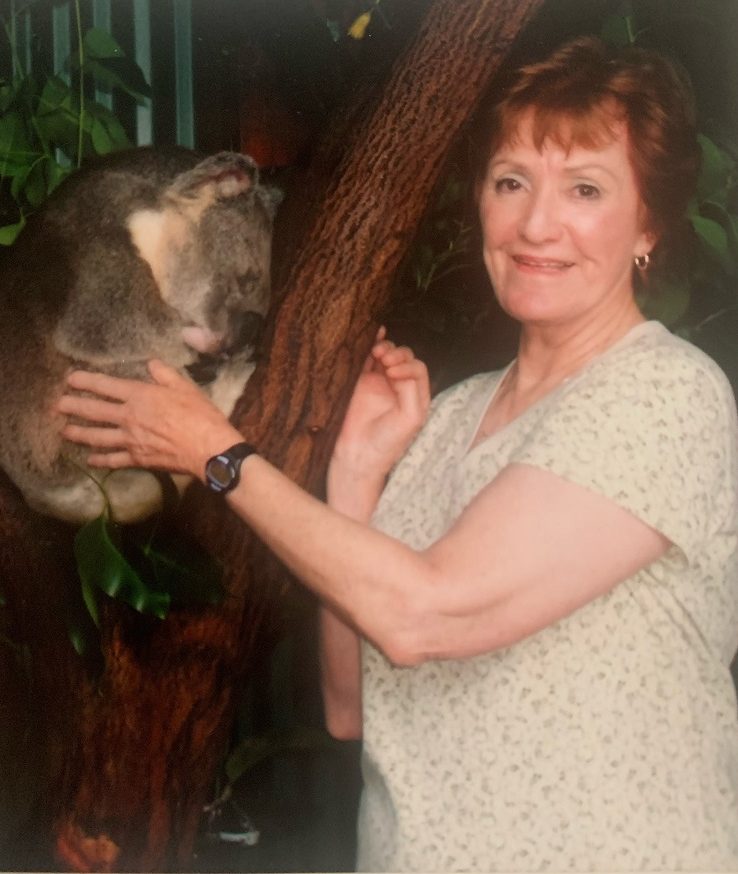 Shirleyann Dorothea Parks, 85, passed away peacefully on Saturday, January 29, 2022 in Virginia Beach, Virginia.
Shirley was born on August 5, 1936 to Sydney and Dorothea in Calcutta, India, but was raised in Sydney, Australia. While living in Sydney, she met James F. Parks, a U.S. Navy Sailor; they were eventually married in Vancouver, Canada. Shortly after getting married, Shirley and Jim relocated to San Diego, California to begin their new life together. During their marriage, Shirley and Jim’s union brought forth four children, Steven, Deborah, Nancy, and Susan.
Shirley’s children and grandchildren were her everything. Besides being very proud of her children, she was especially fond of her grandchildren, Michael, Lily, Ryan, and Grace. Shirley was the most loving, selfless, kind, caring, and genuine mother and friend. She loved her family and they were always first and foremost in her life. Shirley, a retired civil service professional, was also a published poet, and a great deal of her life experiences were expressed and captured in her poems.
In addition to being predeceased by her parents, Sydney and Dorothea, Shirley was predeceased by her brother, Jimmy, her sister, Rosalind, and her daughter Susan’s spouse, David.
Left to cherish and honor her memory is her sisters’, Sandra (Spouse: Matt) and Evelyn (Spouse: David), her former husband, Jim (Spouse: Susan), her son, Steven, her daughters Deborah (Spouse: Kevin), Nancy (Spouse: Timothy), and Susan. Furthermore, her grandsons, Michael and Ryan, and her granddaughters, Lily and Grace, along with a host of other family members and friends located in the United States and Australia are also left to cherish and honor Shirley’s memory.
A memorial ceremony will be held from 4:00 to 5:00pm on Saturday, February 12, 2022 at the Altmeyer Funeral Home, 5033 Rouse Drive in Virginia Beach, Virginia. In lieu of flowers, please visit www.alz.org to make contributions to the Alzheimer’s Association in Shirley’s honor.

Nancy and your family, I am so very sorry for the loss of your mother. I have been praying to our Lord for peace and comfort to all of you during this time. I’m sure you all were a huge blessing to her. As you grieve her loss, may you also have sweet moments and many memories.

Extremely sorry to hear this sad news. Condolences and prayers for Shirley’s family. Warm fond memories of Shirley, and I still have have a picture in my mind of Nancy and Susan cuddling up to Mom on the couch with their little dog Boo and our trip to Busch Gardens. My thoughts and prayers are with Deborah, Steven, Nancy and Susan during this difficult time.

Nancy, I’m sorry to hear this news. My thoughts and prayers to you and your family.

Nancy and family, sorry for your loss. You are in my prayers for strength and healing at this time.

Susan your Mother had a beautiful life story. Thank you for sharing it and it is a wonderful tribute to her. May God bring you and your family strength and comfort now and in the days to come. My Deepest Sympathies.

So sorry for your loss.
Eternal rest grant her oh Lord and let perpetual light shine upon her. May the souls of all faithful departed through the mercy of God rest in peace. Amen.

From your family in Australia all our love and thoughts are with you all.

May the memories of your lives together warm and comfort you, Suz, Grace and family. I love that I met this jolly lady. She created and nurtured some amazing children and they/you will carry and reflect the best of her in your hearts and deeds for the rest of your lives. It’s clear that her time on this earth was was a gift all who knew her.

Sorry for your loss Debroah prayers to you and your family.

I’m sorry for your loss Debbie she was a fantastic lady .