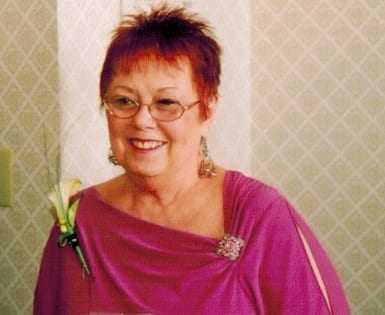 Virginia Beach – Shirley Louise Rock, 75, passed away Friday, December 30th at Virginia Beach General surrounded by her family. Louise was born July 30, 1941 in Wilmington, NC to the late Charles and Ella Mae Hare.
Louise is survived by her longtime companion John McGurn of Virginia Beach; two sons, Terry Napisa and wife Tandra of Suffolk, VA; Jeff Napisa and wife Gretchen of Wilson Mills, NC; a daughter Angel Napisa and her companion Nick of Norfolk, VA; four granddaughters Iolanda Napisa and her husband Allan of Virginia Beach, VA, Meredith Napisa of Virginia Beach, VA, Guiliana McLaughlin of Newport News, VA, and Amanda Holland of Baltimore, MD; two brothers and a sister, Forrest Hare, Sr. and Robert Hare and Mary Hare, all of Jacksonville, FL and a sister Leslie Jane Barfield of Williamston, NC; a niece Victoria Anne Harding and nephew Forrest Hare II of Bath, NC as well as eight great grandchildren.
Louise graduated from Woodrow Wilson High School in 1958. She later graduated from the Lefever Beauty Academy and received her Virginia license in hairdressing in 1978. She owned and operated Willoughby Hairstyling in Norfolk, VA for many years and later practiced at Atlantic Shores in Virginia Beach ultimately retiring in 2010. She touched many lives creating long lasting friendships with clients and acquaintances.
Shirley loved animals especially her many dogs. She will be dearly missed and was loved by many.
A memorial service is planned for January 14th at 3pm in Altmeyer Funeral Home located at 5792 Greenwich Rd. Virginia Beach, VA. In lieu of flowers, donations may be made in the name of Louise Rock to the SPCA or St. Mary’s home for children.

She was the most amazing grandmother anyone could ask for. She was a kind, loving person that tried to put everyone’s needs before her own. She will be missed by all and will remain in our hearts forever. I love you Nanie.

Such a sweet soul , I will surely miss her but I know she’s watching over all of us my condolences to Angel Jeff terry and the rest of the family she loves you all you were very blessed to have her as long as you did but god calls all his favorites home first

I worked with weezy at Atlantic Shores. She was a wonderful caring person. I miss her already