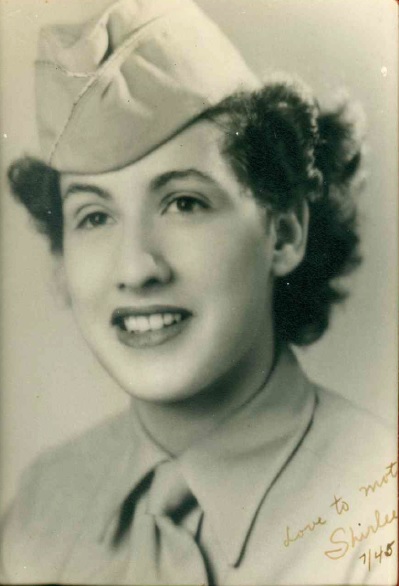 On Monday, May 30, 2022, Memorial Day, Sherri Fox, age 94, passed away peacefully in her sleep at her condominium in Virginia Beach, VA. As a single independent woman, Sherri left home at the age of 17 to join the Women’s Army Corps (WAC) in January 1945 with WWII still raging. She served as a surgical technician in a medical unit, giving medical attention to wounded soldiers returning. She was awarded the World War II Victory Medal and The Good Conduct Medal. After military service, she attended the Towson State Teacher’s College receiving her B.S. Degree in Education and later in 1975, a Masters of Arts in Communication Science from Governor’s State University in Illinois. Over the years, Sherri lived in over 12 cities from New York to Phoenix and Seattle to Boca Raton, FL. She loved the theatre and owned and operated theatrical coffee houses in New York and Chicago in the 70’s and 80’s. Wherever she lived and worked, she cultivated close, warm friendships. In later years, she became interested in helping immigrants settle in the United States and was an administrator for Refugee Resettlement Services In Seattle, then later in Norfolk, VA. Over the years, her passport showed her independent travel to Japan, New Zealand, Turkey Australia, Hungary, Germany, Israel, Kenya, Jordan, Hong Kong, Russia, Vietnam, China, Latvia and Alaska. She enjoyed a life of adventure and challenge. Sherri was the daughter of Lillian and Martin Fox, of blessed memory. She is survived by her brothers, Jack Fox of Virginia Beach, Harold Fox of Baltimore, and deceased brother, Edwin Fox; niece, Linda Fox-Jarvis; and nephews, Fred Fox, Jeffrey Fox, Lee Fox, Steve Fox; and cousins in Baltimore and Charleston. Sherri had a full life and now God has a new independent angel. A graveside service will be held on Friday, June 3rd, 2022 at 11:00 AM at Arlington Cemetery of Chizok Amuni, 4300 N. Rogers Ave., Baltimore, MD 21215.