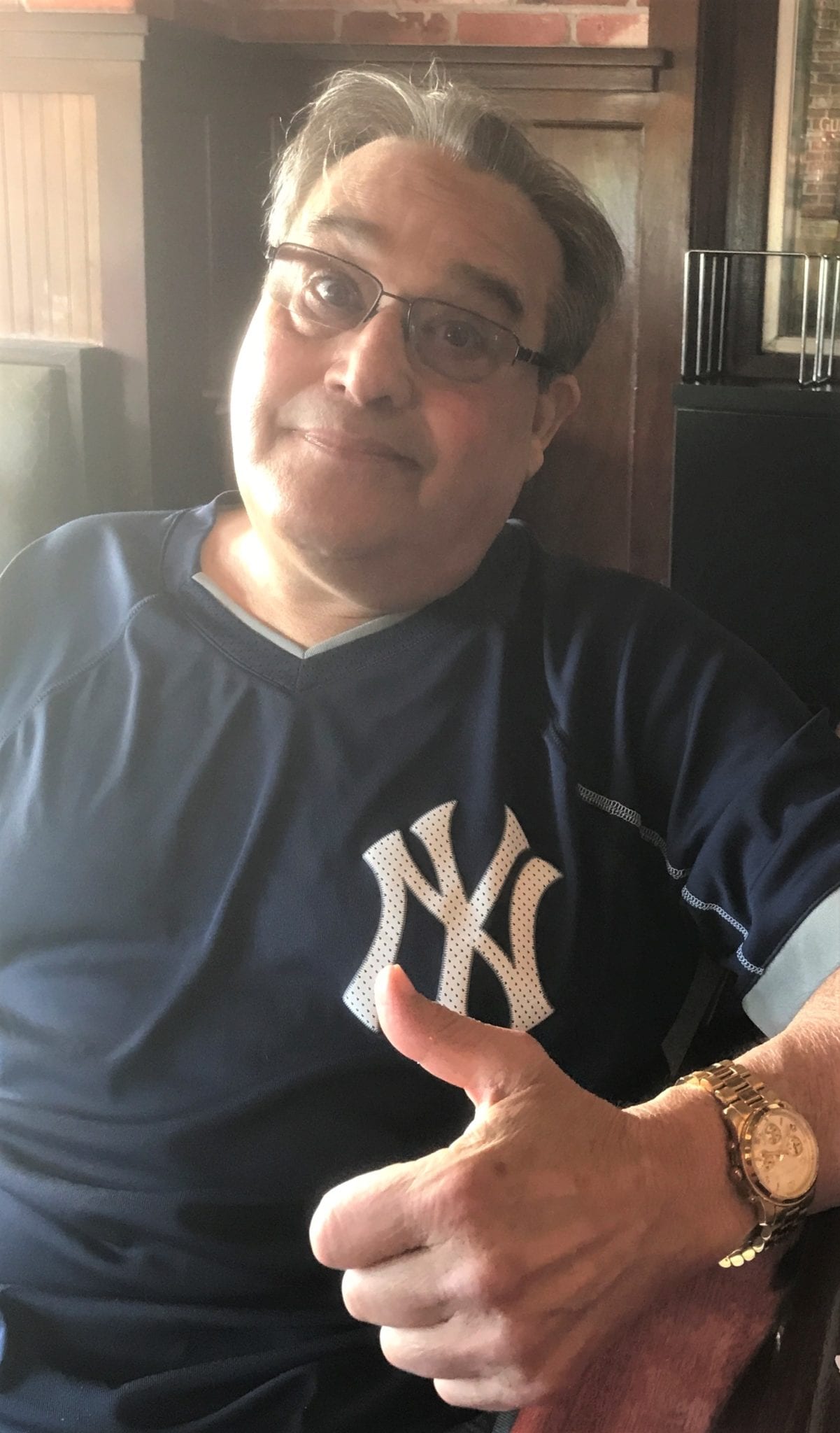 Shepard Zane Kaplan born May 7, 1951 in Brooklyn, New York passed away Saturday at home surrounded by his loving family; his wife of 35 years Mary Ann, son Zachary and Zachary’s fiancé Andrea Pezzi. He is preceded in death by his parents Reuben and Ruth Kaplan. Shep was proud to have retired from the United States Navy as a Chief Hull Tech after 21 years and continued working with the navy as a government contractor until disability forced retirement in September 2013. As a young man he played college football for Syracuse University and the Navy.. He was a dynamic personality; a one in a million. His strength and drive to live made him a force of nature. He loved his home and family with all his heart and he was adored. Shep was an avid New York Yankees fan and prior to his disability was an amateur astronomer and astrophotographer. His passing has left us with very heavy hearts.

I was lucky enough to serve with Skip on the USS Graham County in Naples 74-77. He was fun to be around and a great shipmate.

I was very friendly with SHEP, we called him Skip on board the USS GRAHAM COUNTY in Naples Italy. I met Skip in the summer of 74 and we were great friends until I left November 75. I have searched many times on social media looking for skip. I am so sorry to hear about his passing. Please accept my heartfelt condolences. RIP my good friend.
Fair winds and following seas, shipmate. We have the watch.

Sorry to hear this, Skip was a friend from The USS Graham County. Had many great times.

Mary Ann, You know how much I loved Shep. He was the best! I remember the day that we met Shep at our apartment on 27th Street. You were so unsure that he would like Bill. You were so wrong! ….. and our 34+ years of friendship formed and that grilled London Broil was the start of it all! What a journey we’ve had. Sooo many memories. I can’t begin to count. If you were a friend of Shep, he would do anything! And I mean Anything for friends. He loved you and Zack sooo much. You two were his world. We will miss him so much! And…. I will always be here for you Mary Ann. Love, love you!

Shep and I worked together as contractors for many years. He was one of the best men I have ever come in contact with and I have total respect for him and what he accomplished in life. Anyone that knows him knows how passionate he was, especially about the Yankees. He was a fighter and I loved him like a brother. I have missed serving with him since his retirement. To Mary Ann and Zachary, as much as he touched your lives – please know that there are so many others that he touched as well!