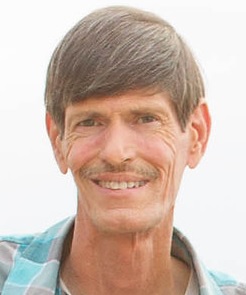 Born February 8, 1959, to Donald and Marilyn McKay in Green Bay, WI, Scott grew up with an affinity to the sea and space. He was a member of the Sea Scouts as a teen where he was a Marksman. Scott graduated from Green Bay Southwest High School in 1977.

Scott then enlisted in the U.S. Navy and completed Boot Camp at Great Lakes designated as an Aviation Ordnanceman. He was then assigned to VF-43 at NAS Oceana where he met the love of his life, Susan. Scott enjoyed a successful 20-year career which included numerous deployments around the globe, and proudly served during the Persian Gulf War.

Following his retirement from the U.S. Navy as an AO1, he spent the next 20 years driving the lower 48, first for Schneider National, then as an independent Owner/Operator.

A visitation will be held at Altmeyer Funeral Home, 5033 Rouse Dr in Virginia Beach, VA on Monday, June 20th at 12pm followed by services at 1pm. Graveside service and rendering of Military Honors will be at Albert G. Horton, Jr. Memorial Veterans Cemetery, 5310 Milners Rd, in Suffolk, VA on Wednesday June 22nd at 2pm.