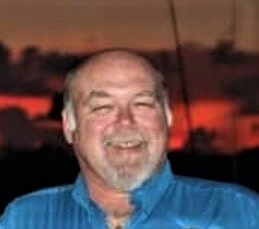 Sanford “Gene” passed away unexpectedly due to natural causes after being ill during the last year.  He was a quiet observer with a great sense of humor and a special way of looking at the world.  There were many facets to him that if you were lucky, you were one of those people that he let in to see.   He always tried to teach and loved working with computers.  His knowledge and research into any and every task he did whatever it was made the outcome even that much better for all involved. During the last 11 years he worked for Virginia Oncology Associates in the IT department (Jennifer, Russel, Pollyee, Billy, Jakeim and Ronnie) and had a way of making a difference for everyone he met.  He could use sarcasm and make it into a moment that the student realized he had taught them something without realizing until they were in the situation once again.   His love and knowledge for IT was amazing.  Prior to working at VOA, he worked locally for the Times magazine in IT, managed and did maintenance at the Plume Center in Norfolk, taught courses at ODU and worked for a company that put mobile satellites on emergency vehicles across the country.    He retired from the Navy after 22 years as Chief SAG Reed, submariner and was stationed on both the USS Finback and the USS Francis Scott Key as a nuclear reactor operator.  During his time in the Navy, he had many port calls exploring numerous different countries.
He is survived by his wife of 47 years, Debra (Deby) and their children Nicole, Joshua, and Amber (military daughter) in addition to his sisters Patricia (Gary) Maynard and Rebecca (Kevin) Matthews, brother Anthony Reed, nieces Toni and Jessica and nephews Christian, Jordan, Zachary, and Jared whom he loved with all his heart, as well as Don and Elaine Gay family and friends for the last 3 decades.  He loved life to the fullest and he and Deby traveled whenever they had the opportunity to making wonderful memories along the way.  We will miss him tremendously and nothing will fill that void, but we know that he is in a better place and one day we will see him again.
He is preceded in death by his parents Toddy and Beatrice Reed, in laws Joe and Beverly Andreas and brothers in law Joseph and Michael Andreas.

So sorry for your loss Deby. You are in my prayers.

I had the pleasure of knowing Sanford for many years as I was a member of VOA, Sanford was always willing to help with computer issues .
My thoughts and prayers to Sanford and to his family .
He will be deeply missed by all .
May his Soul Rest In Peace .

Sanford made an impression on me from the first moment I met him. A big guy with a ponytail who rode a BIG motorcycle. In 2011, he came to work at our IT department for Virginia Oncology, where he continued to make an impression. A big guy, wearing a big black hat, carrying a minion lunch box! His personality continued to impress many of us at Virginia Oncology. On more than one occasion, he would confide in me, “well, once again, I’m being told I’m too gruff”. But, as one of the engineers who worked closely with him in Texas mentioned, Sanford could give as good as he got. No truer words depict who Sanford was. A tough exterior but a tender, caring and concerned heart. He would always be available to listen, analyze and solve complicated issues. Whenever I had a question, no matter how small, he would be there for me. From complicated servers, virtual workstations, and building print ques, we all knew we could turn to Sanford. He was happy to share his perspective and teach each of us in the department. His knowledge of programming, writing script, solving complicated communications problems, and moving us down the information highway at an astounding pace, were critical to the success of our department. There were many support calls where he would sit in complete silence until he could take no more, and there would be a mighty roar! Sanford assured our department had respect and strong representation. Of course, on a few follow-up calls, I’d be asked, “who was that?” I’d proudly say, “Sanford Reed, our network engineer.” He had the admiration of people who could make things happen. And things did happen! We will greatly miss our gentle giant. Deby, Nicole and Joshua, we’re here for you all during this very difficult time. We’re so grateful to you for sharing Sanford with us. We loved him and will miss him dearly.
Polly Boyd

I had the pleasure of working with Sanford as a member of VOA IT while I was with McKesson. I spent a week with Sanford and the VOA IT team when upgrading the networks and implementing VoIP across the board and was delivered the full force of this wit and humor.

Sanford and I had very similar views and perspectives on a variety of subjects and I always enjoyed his little quips and comments in our interactions.

He was truly a remarkable individual and will be missed by all.
Our thoughts and prayers are with you and your family as we all grieve the loss of such a dynamic vibrant man.