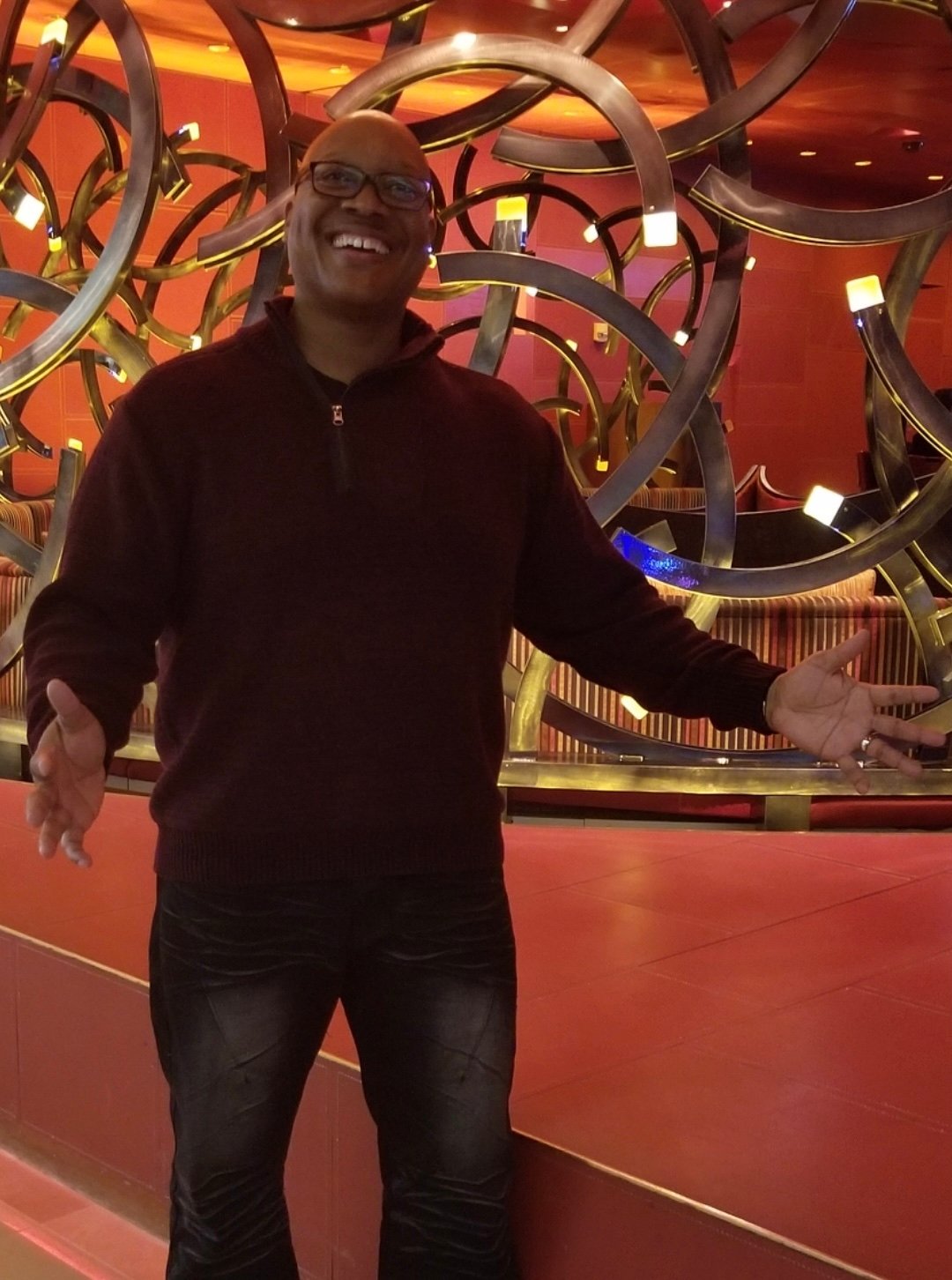 Samuel or “Louie” as he was lovingly known by his family, graduated from Thornton High School in Chicago, Illinois, and went on to serve faithfully and honorably in the Armed Forces of the United States of America, retiring from the Navy on the 1st day of July 2005.

Samuel’s professional journey as a civilian started at the Newport News Shipyard and in 2003 began to serve at the Norfolk Naval Shipyard. As he pursued his professional discipline in the field of Engineering, and with much discipline and dedication to his craft, Samuel was steadfast and positioned himself to be promoted from Nuclear Machinist to Nuclear Inspector.

Samuel was born again on October 2nd, 1988 when he received Jesus Christ as his Lord and Savior. This is when Samuel became a “Man of God” and this was when his life passions were ignited and so began his Christian walk, work and labor of love. Samuel’s ministry of love was in street preaching, handing out gospel tracts, Saturday morning “door knocking” visitation, and 15 years of pouring into men through his Jail Ministry at the Norfolk Jail. Samuel graduated from Liberty Live School of Ministry in June of 2022, he was overjoyed.

The impact of Samuel’s life has been expressed by his closest family members as having shined so bright with a magnetic passion for his family. Truly a larger than life personality, exemplary man, funny, energetic, dramatic and loving with an infectious smile. He loved basketball, pouring into people, taking everyone out to lunch and his King James Bible.

Samuel leaves behind to forever cherish his memory his God given wife Elizabeth (Lisa) Batista-Boone, his beloved daughter Xiomara Boone-Hernandez, and his step-sons Ramon and Brandon Figueroa. He also leaves behind to celebrate his memory his brother James,  sister Jeraldine, nieces, nephews, cousins, in-laws, brothers/sisters in Christ, friends and neighbors. All of which he loved and in return loved him genuinely. What a love story!

The family of Samuel Boone will have a private visitation amongst themselves. On Friday, October 14th, there will be a reception hour from 10:00-11:00 AM at the Liberty Live Church in Greenbrier Chesapeake with church doors opening at 10:00 AM. Funeral services are to follow at 11:00 AM. A private graveside for Samuel will be held at a later date at Albert G. Horton Jr. Memorial Veterans Cemetery, Suffolk, Virginia. Please contact Colony Beach Florist (757) 490-3533 to make flower tributes. The service at the church will be live streamed, viewers can view the stream by clicking HERE and proceeding to the Greenbrier Campus stream.

Even as we mourn the loss of this Great Man of God Samuel Boone from our presence on October 06, 2022 at 4:20p.m., we simultaneously celebrate and rejoice in knowing that he transitioned and is in heaven safe and secure for eternity in the arms of Jesus.

This is not the end…

My condolences. The obituary was the nicest one that I have read and was a real tribute to his faith and life.

My condolences and prayers to the Boone family.

I am so sorry to hear of your lost I send my condolences to the family. I got to know Samuel through the Norfolk Jail Ministry. He had such a heart for the men that was incarcerated. My prayers are with you.

My sincere condolences, Elizabeth and family. 🌹

Elizabeth, you and your family have my sincerest condolences. While it’s difficult to imagine your grief, I know that you have God’s covering and I pray that you rejoice in knowing our Father has your husband in his loving care and that He will also comfort you during this time. Continue to look to the hills from which cometh your help.

My deepest Condolences to you and your family we pray for strength and Healing. My Cousin Louie were a great person Always had a great big Smile and big heart Always been a genuine person, he was Loving and caring and always giving. we all loved you You’re going to be truly Miss RIP

Our condolences to the Boone family,
Samuel will truly be missed. I am so grateful to God for giving us the chance to know his angel on earth.
And so grateful to have seen his love for his family, leadership, and his love for people. Rest In Peace my brother in Christ.

Elizabeth, it hurt my heart to hear of the loss of your husband. Please accept my sincere and heartfelt condolences to you and your family. Keep a special place in your heart to celebrate and cherish the beautiful memories of togetherness you shared with your husband. May they bring you comfort, peace and healing. Look up to the Lord for strength during this difficult time.

To the Boone family I believe everything is going to be alright stay prayerful and in God’s Presence. Your brother in Christ and life time neighbor. Roy