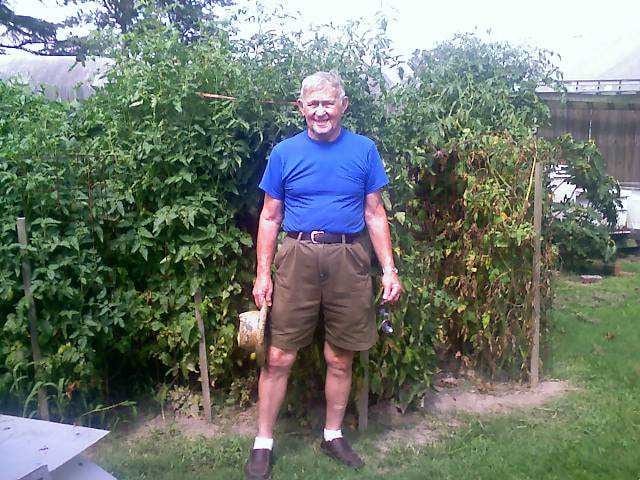 Samuel Bruce “Sam” Snider, Sr., of Virginia Beach, passed away peacefully on June 21, 2016 at the age of 90 years. He was born on January 12, 1926 to the late Rufus and late Lillie (formerly Seagraves) Snider in Jerusalem, NC. After high school, he served his country in the Navy during World War II. Following his service, he worked diligently as a plumber serving the Hampton Roads Area. In his freetime, he pursued extensive hobbies including beekeeping, fishing, and gardening (specializing in tomato, green beans, squash, and zucchini, just to name a few of his crops). Sam was also a member of Tidewater Primitive Baptist Church of Norfolk.

In addition to his parents, Sam was preceded in death by his brother Rufus and sister Clara.

Visitation for Sam will be held on Thursday, June 23, 2016 at Altmeyer Funeral Home-Southside Chapel (5792 Greenwich Rd. Virginia Beach, VA) from 6:30 PM until 8:00 PM. Visitation will continue on Friday, June 24, 2016 at the funeral home from 12:00 PM until time of Funeral Service at 1:00 PM. Final rest at Greenlawn Memorial Gardens, Chesapeake, to follow the services.

The Altmeyer Funeral Home-Southside Chapel is assisting the family with arrangements. Online condolences may be expressed to the family by clicking the “post a condolence” button on this page.

Vera and Family, Sorry about your loss and pray that God will give you peace, comfort, strength and blessings in your time of sadness and always!

There are many childhood memories to think about and cherish!

Dear Vera. Chris, Bruce and all the family,
My thoughts and prayers are with each of you at this time of loss. My mind goes back to the times we shared when John and I were living in Elizabeth City, so many fond memories! May God bless and comfort you all as you feel the loss of a wonderful husband, father and grandfather. My love to you all.
Barbara Snider Sink

Chris, please know that I share your sorrow and I know how you feel. Not a day goes by that I don’t miss my Dad. Keep his memories alive in your heart and he will never be gone.