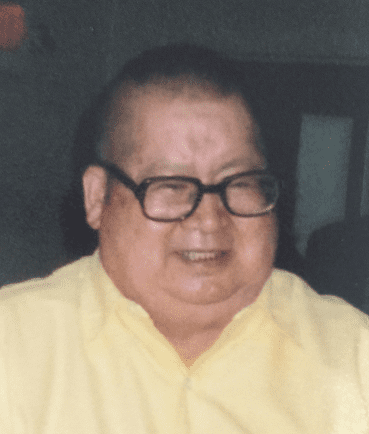 Sam S. Lim born October 18, 1931 in Canton, China joined the Lord August 25, 2015. At the age of 8 he came to America. In 1952 he joined the United States Navy and retired after 30 years as Chief Yeoman. He also served on the USS Guadacanal and USS Canberra in the Intelligence and Weapons Department.
Sam went to Tidewater Community College and graduated Summa Cum Laude in Merchandising. After retiring in 1982, he went to work for himself and became a Newspaper Distributor around the Hampton Roads area for more than 15 years. After retirement, he was able to enjoy travelling, watching his favorite TV shows (Murder She Wrote and Perry Mason), playing cards and enjoying time with his loving family.
Mr. Lim left behind to cherish his loving memory his beloved wife, Elizabeth Lim; son Sammy David; stepson Ronald and his wife Dhek; son Denzel; stepdaughter Rose and son Adrian; sister-in-laws, brother-in-laws, nieces, nephews, countless friends and his dogs Cheeky and Magic.
A visitation will be held on Friday August 28, 2015 from 5pm-9pm at Altmeyer Funeral Home, 5792 Greenwich Rd. Virginia Beach, VA as well as on Saturday August 29, 2015 from 1pm-5pm with a service to follow immediately thereafter. Please leave condolences for the family at www.altmeyerfh.com

I met Sam Lim through his son, Sam David. My son, Matthew Lindsey was working with Big Sam and Sam David delivering papers in the wee hours of the morning.I remember a very sweet and jovial man full of heart. He will be missed.