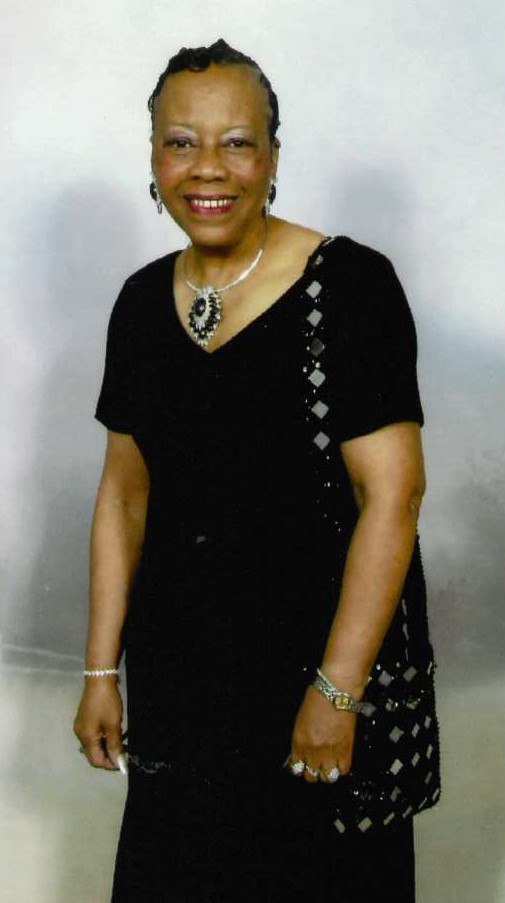 Sally C. Pickard, 85 quietly transitioned on October 31, 2022. She was born in Rockingham County, North Carolina to the late Neal and Nannie Mae Hayes Cardwell. Sally attended Charles R. Drew school in Madison, North Carolina and later in life she moved to Newport News, Virginia where she met the love of her life, the late Cleo D. Pickard.
She was employed at Gloria Manufactory for many years until the factory closed its doors. Sally also worked as a private home care where she didn’t mind working doing what she loved. Sally was a fashion seamstress and her passion was to model her designs. She was also known for her beautiful hats. She loved to cook, and when she would make a delicious pot of soup, crab casserole, and pound cakes; Sally would call to say bring your bowls and dishes over!
What you didn’t know is in her younger years she loved to play tennis and travel. Sally also served as a missionary at Ivy Baptist Church Newport News where she attended for many years until her failing health. Sally loved her family, but most of all, she loved God.
Sally is preceded in death by her parents, Neal and Nannie Mae Cardwell; husband, Cleo Pickard; two daughters, Vanetta Langley and Melvina Rollins; sister, Mattie Malloy; and two brothers, Charles Cardwell and John Will Cardwell.
Sally leaves to cherish her precious memories her children, Billy (Minister Rhonda) Tucker, Beverly (Quincy) Lee, Carlos Cardwell, Rickey (Terry) Cardwell, Cleo and Leo (Regina) Pickard, along with a host of grandkids, great grandkids ;two sisters, Regina Ziglar, Elder Linda Clodfelter; two brothers, John Cardwell and David Cardwell; many nieces, nephews, and cousins.

Condolences to the family 🙏🏾🙏🏾

Mrs. Sally was my neighbor my husband and I enjoyed talking to her. She had excellent gardening skills, I learned a lot watching her taking good care of her flowers and plants. It was a pleasure knowing her, she had excellent taste. My husband and I send our deepest condolences to Ricyy and family and may God continue to bless you all during this time.

prayers are with the family.

Sallie was like a member of our family. I don’t know how o would have raised my boys without her. She loved them and was there for them every single day after school. She spoiled them with her great cooking- chicken legs were the favorite. She taught us all how to be better people. We loved her. She was a blessing to all the Leggs.