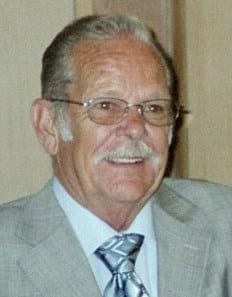 Russell Lee Rowan, born June 28, 1940 in Watson, WV, passed away on June 4, 2015. He was a Vietnam War veteran and served 26 years in the United Army as an airplane mechanic. He loved old classic cars and Harley Davidson motorcycles. He was a member of the Classic Cruisers Car Club and a lifetime member of the H.O.G. club.
He was preceded in death by his parents Sherwood and Ruby Rowan, his sisters Eleanor, Shirley, Betty, Ginny and his grandson Harley Rivero. He is survived by his children, Sophie Llewellyn, husband Shawn, Carole Petersen, husband Christian, David Rowan, wife Kim, Michele Rivero, his grandchildren Genevieve, Jessica, Dominic, Joshua, Nickolas, Taryn, Tristyn and Ivy, also his great grandson Mikey and his children’s mother Nelly. Russ will be sorely missed by his family and many friends. A service will be held in his honor at Altmeyer Funeral Home – Denbigh Chapel on Monday, June 8 at 1pm with visitation to follow. In lieu of flowers, donations may be made to CHKD Hospital of Norfolk, P.O. Box 2156 Norfolk, VA 23501-9873.