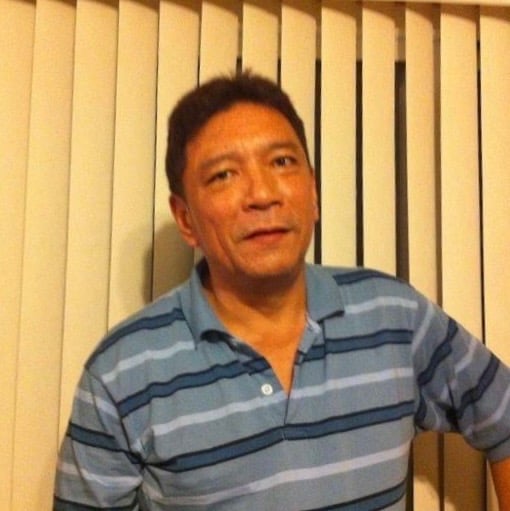 He was born on November 27, 1962 to Ernesto and Aparicion (Modesto) Conde in the Philippines. Ruben worked as a Salesperson for 7-Eleven.

Ruben was an avid sports fan. He had numerous teams for a variety of sports throughout the year. For football season, he backed the Pittsburg Steelers, for basketball he followed the Boston Celtics, and the Cincinnati Reds when it came time to baseball season. Throughout the seasons of cheering and following his favorite teams, he was able to share his passion onto his daughter, Rose, who was there by his side to cheer and share all emotions that every sports fan would feel as they watched their teams make it through their games.

He was without a doubt, a huge music fan when it came to 70’s and 80’s genres. Of all the songs and artists that came from both those decades he was a fan of all but was most fond of Air Supply, Eagles, Queen, Barry Manilow, Lionel Richie. He was also a member of the Men’s Ministry while he attended Doulos for Christ in Norfolk.

He was preceded in death by his Father, Ernesto Conde, and his Mother, Aparicion Conde.

In behalf of my family specially nanay Mely Conde Sevilla , our sincere condolences to the bereaved family… May you Rest in Peace cuzz/pars Ruben… You’re gone but never will be forgotten !!! You will be missed 🙏🙏🙏

condolences .may you will rest in paradise now kuya ruben..no more pain ..till we meet again🙏🌹♥️

Condolence for the family…

My deepest Condolences to the family, prayers for comfort at this very difficult time 🙏🏾 Will continue to keep y’all in my prayers in the tuff days ahead 😢 RIHP Sir🙏🏾

Condolences to our family rest and love tito ruben