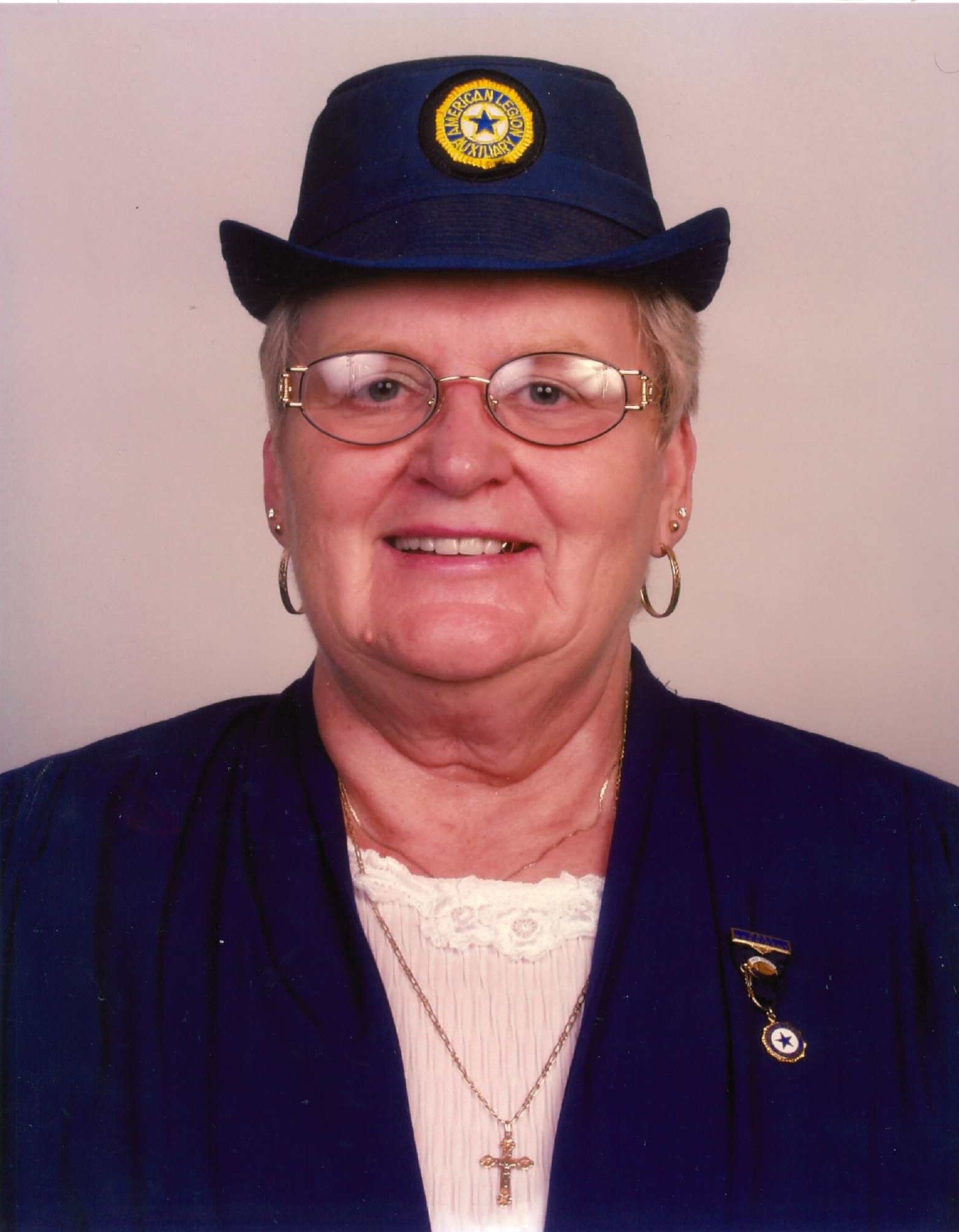 Rosel Marion Fredericksen, better known to everyone as Oma, joined her heavenly father on February 11, 2022 at age 81.
Rosel was born to Martin and Magdalene Nickel on March 10, 1940 in Offenbach a.M. She met and married her husband, Robert Fredericksen, during his military service. They were devoted to each other for 51 years until Robert’s passing.
Rosel was a dedicated member of the American Legion Auxiliary Denbigh Unit 368 since 1983. Throughout her years of being a member of the American Legion, she faithfully held many positions including Unit President, 3rd District President, the Dept. of VA Eastern Zone Vice President, the Dept. of VA Chaplain, and the Dept. of VA Historian. She was currently serving as the Unit and District Parliamentarian. Rosel also found joy participating as a Virginia Girl State Counselor for over 30 years.
In addition to Rosel’s parents, she was predeceased by her husband, Robert, her brother, Gert, and her granddaughter and heart, Michelle Carlsgaard. She is survived by her 3 daughters, Linda (Henry), Karen (Matt) and Bobbie; her beloved grandchildren, Tiffany (Kyle), Angela (Matt), Kristina, Alicia (Darian), Ryan and Keith; nine great grandchildren who brought her such happiness and joy; her sister, Ilse (Bob) and nephews, Bobby and Joey (Teri).
Oma was a fiercely independent and strong woman, whose authenticity and devotion to her family will be missed. She could light up any room with her smile and genuine laughter. As a force to be reckoned with, Oma passed this trait down, leaving behind a legacy of strong, resilient women. Oma lived her life to the fullest with pride and significance and her infectious personality touched the lives of many. She found peace in her strong foundation and belief in God, and loved to share this believe of Jesus Christ with as many as possible. A true matriarch of her family and a devoted friend- Oma’s spirited presence, insightful stories, and phone calls will be missed.
Heartfelt gratitude to the nursing staff at SWRMC for their compassionate and devoted care of our precious Oma during her final days.
We invite family and friends to join us for a memorial service, to celebrate Oma’s life, on February 22, 2022 at Altmeyer Denbigh Chapel from 5-7pm. Committal Service to be held at AGH on a later date.

For Rosel, we will already remember your time in Oberbach.

I am utterly devastated to learn of my best friend’s passing today which would have been her 82nd Birthday. I loved this Lady like a sister and my daughter Jeanette cherished her so much as well. We have such happy and fond memories with her and now of her. I can’t believe she is gone. With our deepest and heartfelt Condolences to Rosel’s beautiful daughters and their families. We share in your Sorrow for a long time to come. We love you!

Rosel was my Godmother. A family friend of my Grandparents that goes back many years. So very sorry for this…. I don’t deal with death that well. My memories are great of my GodMother. She was kind, generous, and always giving to me. Praying for for the family in these sad times. ❤️

Oma, You have made such an impact on everyone you have ever come in contact with. Your legacy and memory will forever live on in your beautiful family and friends. I am proud to say that I was able to meet you along this journey and this universe is a better place because of you. You will be forever loved & forever missed.

My Deepest Sympathy goes to the family. As some people journey through life,they leave footprints of kindness and love, joy and faith. Praying God will comfort and care for her while you celebrate the legacy that lives on.

Our memories will never be forgotten
Your love for my family will last forever. I will miss u forever
REST.IN PEACE Oma

My deepest condolences to the family. I will truly miss her. I known Rosel and her deseast husband Bob for over 60 years. I was the “flower girl” at her wedding. Just talk to her about 3 weeks ago. Rosel will always have a special place in my heart. I loved her and treasured her friendship. My thoughts and prayers in the coming days are with her family. She loved them all so much. I am unable to express my current feelings. I miss her my dear friend.

Oh Rosal, I’m gonna Miss You and Enjoyed Out Auxiliary Meeting and You Kept Things Right. Thank You for Talking to Me about My Illness! Us Pisces to the End