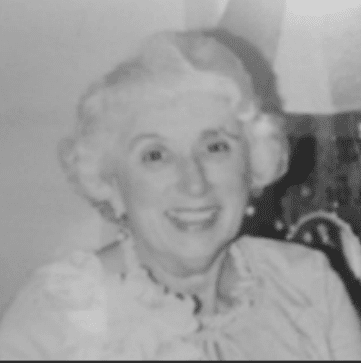 Rose Frances Levinson Glasser, 101, died on April 20, 2016. Blessed with a century of life, Rose Frances didn’t waste a moment. Her natural curiosity combined with her drive led her to be a voracious reader, a world traveler, a good business woman, and a revered community leader. First and foremost, Rose Frances was devoted to her family, loving and inclusive. All would say Rose Frances, affectionately known as “Mema”, was one they would consult when sound advice and life wisdom was needed. Rose Frances was also very close and devoted to her sister, Bernice L. Kaplan and her brother, Buddy Levinson, of blessed memory, and the extended Glasser family. Rose Frances graduated from Maury High School (Class of 1932) and Ohio State University (Class of 1936) with a degree in social work and took graduate courses at ODU. She dated and then married Bernard Glasser, a young Norfolk lawyer, whom she had met at a fraternity house party at University of Virginia. Their union was a rock solid marriage and their children, Stuart, Richard, Jane Susan, and Michael, and their spouses, Sarah, Martha, Joe and Lori, as well as eight grandchildren and 11 great-grandchildren became integral parts of Rose Frances’s life. She always praised Bernard and gave him credit for the family’s successes, but it was apparent that they were equal partners. After Bernard’s death in 1983, Rose Frances spent three winters in Israel volunteering on various projects including knitting clothing for Ethiopian immigrants, working at the Israeli Ministry of Justice and at Israeli libraries. In 1986, she met Mark Schneider, of blessed memory, a Richmond widower, and they shared the next 17 years enriching each other’s lives. Rose Frances was a stellar role model for her family. She preferred philanthropy over possessions. Burial will be private. A celebration of life reception where family will be greeting friends will occur on April 24, 2016 from 2-5PM at Beth Sholom Home of Eastern Virginia. The family thanks the fine staff at Beth Sholom Terrace including Yvette, Tiphaney, Leslie, Jimmy, and Michelle. Memorial donations may be made to a charity of choice. Condolences may be expressed at www.altmeyerfh.com.

Our deepest sympathy to the entire family. Our hearts and prayers are with you at this sad time. Think about all the good times. Sincerely, Sharon & Ben Schloss

Michael, Bern and Family; You have my heart. She certainly had to be a fantastic lady and I can see by her photograph that her beautiful eyes were inherited throughout the family. I’m so happy you were able to have her for such a wonderfully long time. God bless you all and I hope you find peace through wonderful memories of her.

My heartfelt condolences to the Glasser family on the loss of your beautiful, brilliant, kind mother Rose Frances. It was my privilege to get to know her during the past three plus years that my Mother was at the Terrace. She was always so thoughtful and concerned about others in her own loving ways. She lived a long, healthy life surrounded by her devoted family. She will be missed by everyone that knew her.

Rose Frances was a lady to be respected and admired. I remember how warmly she greeted my mother, Charlotte Bunin. In addition, each time my sister and I came to see our mother, Rose Frances always had an endearing smile for us. May her memory be a blessing to all who loved her and knew her.

Sincere sympathy to the entire family at this time of loss. She will be greatly missed by all who knew her. I will always have a special place in my heart for her. God bless you all.

To the Glasser Family,
Wishing you peace to bring comfort, courage to face the days ahead and loving memories to forever hold in your heart.
Rebecca S. Winstead
Old Point National Bank

Having had the pleasure of enjoying lunch with Rose at Beth Sholom several times, I can say that she remained an engaging conversationalist with a beautiful smile and a vibrant aura even throughout her last days. My heartfelt condolences go to her family and my thoughts are with you.

What a spectacular Lady! To the Glasser family, my sincere sympathy. May the good times you had together, bring peace to your hearts.

I met Rose Frances at Beth Sholom when I volunteered to do a “computer class” there. I loved sitting and listening to her tell me about her life stories. She was a wonderful and amazing woman. It was a blessing to have known her. My thoughts and prayers to her loved ones.