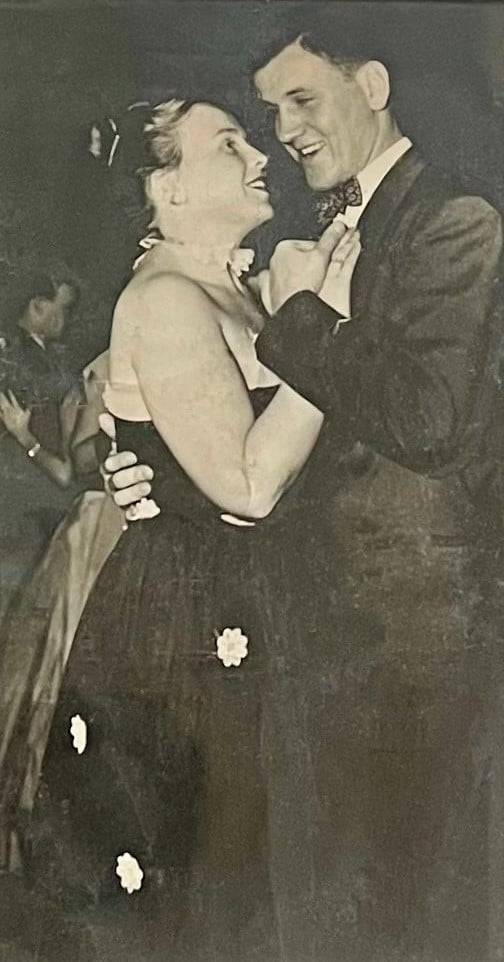 Rosamond Lindsey Deiderich, “Rosie”, 93, of Virginia Beach passed away on Wednesday, June 1st after a lengthy illness.  Rosie was born March 9, 1929 in Alexandria, Virginia.  She grew up in Belle Haven and Alexandria.  After graduating from George Washington High School in Alexandria, Virginia she attended Hollins University in Roanoke, Virginia.  She transferred to George Washington University in Washington, D.C., where she was swept off her feet by a handsome football player, Howard Carl Deiderich, “Deitz”.

On August 26, 1950 Rosie and Deitz were married and resided in Alexandria, Virginia for more than sixty years raising their family.  Rosie was a dedicated wife and mother to four children.  On summer holidays, Rosie would stay with her family at the Westmoreland State Park campground for weeks while Deitz made his Lindsey-Nicholson rounds and returned at week’s end. She was a trooper.

Rosie enjoyed playing bridge with long-time friends.  She worked at H&R Block for years as tax preparer. She was the President of Lindsey Deiderich Corporation for fifteen years, managing (along with Deitz) their two properties in Old Town Alexandria.

Rosie always spoke fondly of her many aunts and uncles that also were an important influence in her life.

Rosie was a force to reckon with and will be missed.