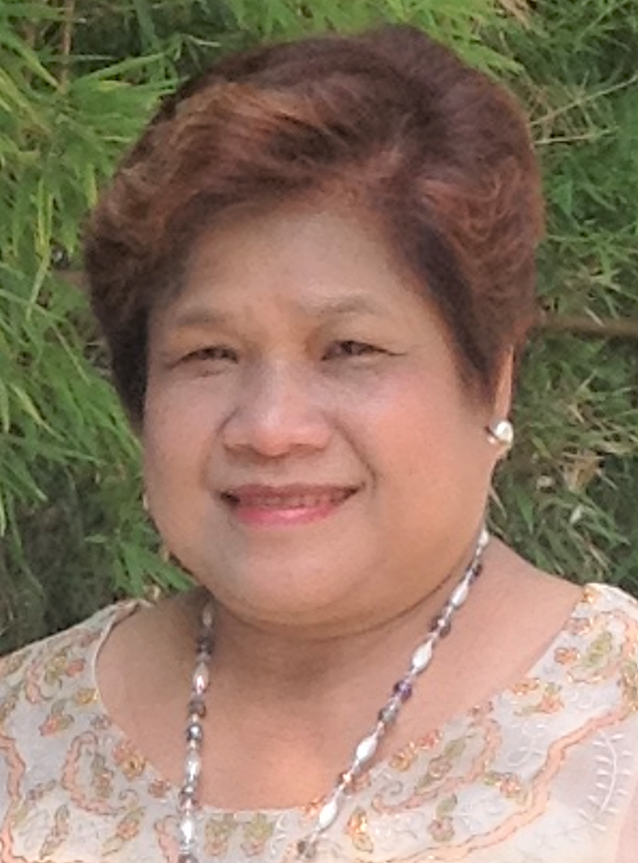 Rosa A. Blanco was born in the picturesque province of Rizal in the Philippines to Nicomedes Anorico and Dominga R. Anorico in August of 1946.
She attended the University of the Philippines, where she received the degree of Bachelor of Science in Education with major in mathematics and minor in physics.  She immigrated to the United States in 1972 and pursued her graduate degree at Old Dominion University in Norfolk, Virginia, where she was conferred the degree of Master of Science in Education with emphasis in mathematics.
As a young woman, she taught mathematics and physics in the Philippines and at Brewbaker Academy in Norfolk, Virginia.  She was appointed chairperson of the mathematics department at Brandon Junior High School in Virginia Beach and later also taught at Tallwood High School and Tidewater Community College.
Being a “career” teacher and mentor, she served as treasurer of the Tidewater Council of Teachers in Mathematics; member of the mathematics curriculum committees and scholarship committees in Virginia Beach; member of the Virginia Beach, State of Virginia, and National Education Associations; and sponsor of several student organizations.  She retired in 2010 after a total of forty-one years as an educator.
She served as president of the Filipino Women’s Club of Tidewater (FWCT) in 1995 and later as a member of its Board of Directors; member of the Philippine Cultural Center of Virginia Board of Trustees; and Council of United Filipino Organizations of Tidewater treasurer and member of its Board of Directors from 1990 to 2022.  She chaired the scholarship committee of the United Ilocano Association of Tidewater for several years and later was a member of its Board of Directors.
She received awards for coaching first-place MathCounts and district champion Academic Challenge teams; certificates of commendation for mentoring new educators; outstanding and dedicated service plaques from community organizations; a “One of the Most Outstanding Women” award from the YWCA; and the FWCT “Mother of the Year” award in 1998.
Rosa is preceded in death by parents Nicomedes Anorico and Domingo R. Anorico and by siblings Aniano Anorico, Teofilo Anorico, Turiano Anorico, and Luzviminda A. Sison.
Rosa is survived by son Omar A. Blanco and by brothers Gregorio Anorico (spouse Ayette) and Lucio Anorico (spouse Celia).
In lieu of flowers, the family asks that you make a donation in Rosa’s name to the Philippine Cultural Center of Virginia or another charitable organization.
A Mass will be offered for the repose of Rosa’s soul at 10:30 AM on Sunday, September 18, 2022, at Church of the Ascension (Virginia Beach, Virginia), with Rev. Daniel Malingumu officiating.
Condolences may be given at www.altmeyerfh.com
18 Condolences
Inline Feedbacks
View all condolences
Terry Albertson

At one time or another,Rosa Blanco taught me,my wife,my younger sister,and my youngest son.She was a wonderful lady and a terrific teacher.Every one who knew her has memories that will never fade.

Rosa was a lovely lady. I taught with her at Brewbaker Academy. So sorry for your loss.

Condolence to the family so sorry😭😭😭she is a very nice person..

Blanco family-I am so sorry for your loss. All 3 of my children enjoyed Mrs. Blanco’s Tallwood class.

I am so sorry for your loss. Mrs. Blanco was one of my favorite teachers in junior high and high school. She taught my geometry class, but she was also our coach for Math Counts and It’s Academic. To this day I still repeat her silly joke: “What did the acorn say when he grew up? Geometry.”

The kindest of souls. A true mentor to myself and my generation at Brandon and Tallwood in the 80s and 90s. You will never be forgotten. Your smile, your light – you were the best. We will all miss you forever. Lots of love and peace to your family.

What a wonderful lady and teacher. I was privileged to work with her at Brandon and she always wore a bright smile and her students loved having her as a teacher. My sincere condolences to her Dalit and friends.

Our deepest sympathy. Eternal light shine upon her. May she Rest In Peace.

Omar, your mom was definitely a special woman. She was my math teacher at Brewbaker Academy and she was the kindest, most patient person.
My thoughts and prayers are with you and your family. I am so sorry for your loss.

Omar, what an amazing mom, teacher, mentor and friend. I was blessed by your mother… not once but twice. She was my math teacher and she was also my daughters. Rosa was a bright shining light in our world. She will be missed by many! May God bless you and keep you close during this difficult time.