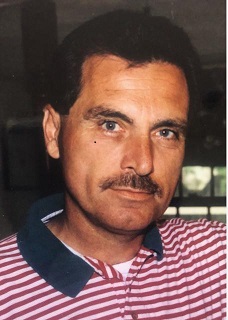 January 21, 1949 – April 25, 2022
Ronald Robert Lacasse, Newport News, VA
Ronald Robert Lacasse, 73, returned to his heavenly home after a short battle with cancer on April 25, 2022.
Predeceased by his beloved wife, Mary Suzanne Lacasse; sister, Suzanne Tobin, and parents, Marcel and Lucille Lacasse.
He leaves behind a legacy to cherish to his children; Shane (Robyn) and Jessica (James) and lasting memories for his grandchildren, Zachary and Brooke. He is survived by his sisters; Lorie (Tim) Woolsey, of Herndon VA, Denise (Tom) Kline of Benton, PA; brother in law, Jimmy Tobin of Vienna, VA and a host of nieces, nephews, and extended family. Born in Ottawa, Ontario, Canada and relocated to the US with his family, Ron graduated from McLean High, in McLean, VA, and attended Old Dominion University in Norfolk, VA. He married the love of his life, Suzanne Zadai Lacasse and joined the US Army. After a successful military career that spanned over 20 years, moving to many duty stations, and retiring as a SGM, Ron joined the Newport News Police Department and later worked for The College of William & Mary Police Department, retiring as a Police LT. Remembered for his leadership, knowledge, experience and known for his integrity and honor, he was a true man of his word. Ron mentored many over the years leaving a lasting impression. He was a known military history collector, enjoyed spending time with his family, and working in his yard. Ron loved the Lord and his family dearly, he will truly be missed!
The Lacasse family would like to thank the providers and staff at Riverside Oncology, TPMG Hidenwood Family Medicine and Traditions Hospice for their care and support.
Please join the family for a Celebration of Life scheduled for Saturday, August 6th , 2022, 3PM at the Denbigh Community Center, Newport News. A private/family burial is scheduled at a later date.

May your memories of Ronald Robert Lacasse, give you peace, comfort and strength…