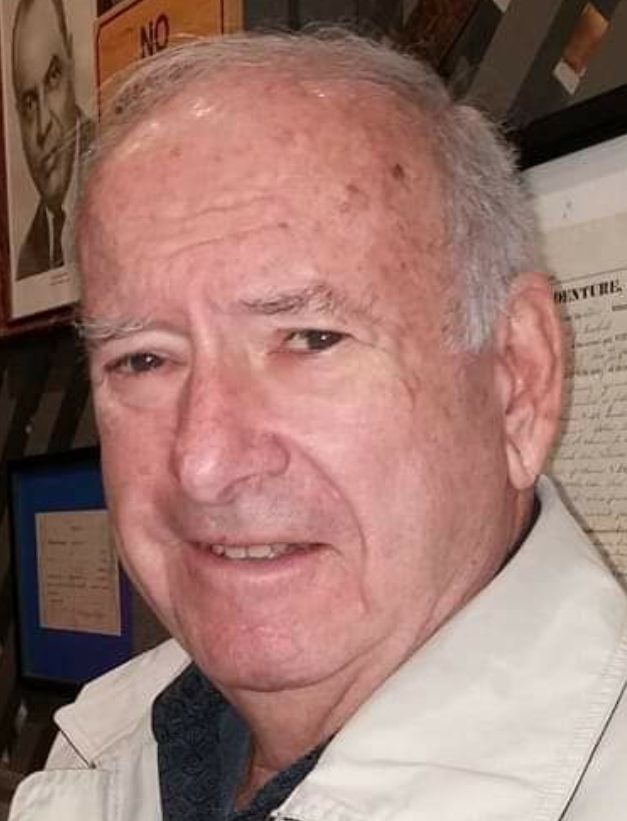 Chief Petty Officer Roger Edgar Barnes (Ret.) went to be with the Lord on January 26, 2022 at the age of 89.
Roger was born in Staten Island, New York in 1932. Roger later moved to Norfolk where he met his wife of 41 years, Evelyn Barnes. During his 26 years in the service, Roger made a career as a photographer in the United States Navy.
He spent his retirement years traveling to see family and stopping at yard sales all along the way. Quality time spent with his family was most important to him.
Roger has been preceded in death by his parents Edgar and Josephine Barnes; his first wife Saji O. Barnes; and his grandson Steven.
Left to cherish his memory is his beloved wife Evelyn Barnes; children Steven (Sharon) R. Barnes of Colonial Heights, Virginia, Cheryl A. Horn of Norfolk, Deborah L. Fontaine of Mill Creek, West Virginia, Evelyn (Antoinette) M. Didier of Boykins, Virginia; sister Judith Strohm; several grandchildren and great-grandchildren.
A visitation will be held on Thursday, February 3, 2022 from 11:00am – 1:00pm at Altmeyer Funeral Home Southside Chapel 5033 Rouse Drive, Virginia Beach, Virginia 23462.
A funeral mass will be held on February 22, 2022 at 11:00am at Christ the King Church in Norfolk. Inurnment at Albert G. Horton Memorial Veterans Cemetery will follow at 1:00pm.

uncle roger, you will be missed we will remember all the vacations we took together with you, aunt eve and george and myself. may you rest in peace

Papa became a part of my life through his grandson James. I love Papa and I will truly miss him. He was funny and a great cook. I still use his recipes to this day and every time I make them I think of him like his pot pie and meatloaf. We found out the news that we were pregnant with little James at their house on Christmas of 2003. I miss our road trips like to West Virginia in that huge van. He was very kind and loved his family.

Dear Evelyn & family,
My prayers of comfort & love goes out to you all at this sad time. Roger was a fine example of a good man that loved his wife & family. Cherish your many happy memories hold them close to your heart! Praying for you all!!
Sincerely Theresa Smith & family

Roger was a Dear friend, l not only was a friend of the family but his Hairstylist! He was a Quite man who truly loved his wife ,Evelyn and his family very much! We are all truly going to miss him,but he has left us with some Wonderful Memories!!!May God Bless each and every family member,as you remember your Poppa!!!❤

Uncle Roger and Aunt Eve always came to visit my parents on their way to VT. It was along trip, but Uncle Roger made sure
Aunt Eve saw her brothers and sisters several times a year. He cared about family. I have fond memories of Uncle Roger. May he rest in peace. I love you Aunt Eve. My prayers are with you and your family.

I worked with Roger at the NAS Norfolk photo lab. He was my chief. Super nice person.

Know through the , Family of Barbara Willet Piraino & Francis Piraino. We send our Condolences and Prayers to Evelyn and Family.

Uncle Roger will be missed. He truly was a wonderful man and so glad he was a part of our family. Love to you Aunt Eve and family ❤
Gary and Barbara

My husband mac & I met when our daughters went to school together. We have been friends ever since.we went on vacations together.that was our fun times and stay very close. I will miss you roger but I know you are having a good time with mac and the angels.i will always Love you.