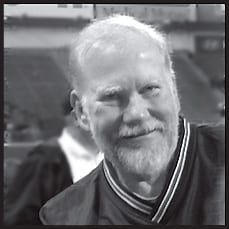 Portsmouth, VA – Robin Michael Baur, 66, passed away Monday, April 25, 2016 at his residence. Robin was born in Cleveland, Ohio to the late Eugene and Anna Baur. He joined the US Navy and married his wife Barbara. The Baurs were stationed in California for the first ten years of Robin’s military career. Robin and his family moved to Virginia and he later retired as Chief Warrant Officer after 28 years of service.
Robin is survived by his wife, Barbara; daughter, Melissa, and her husband; son, Stephen, and his wife; two grandchildren; twin brothers, Donald and Daniel; three nephews; one niece and a host of additional relatives.
A graveside service will be held at Albert G. Horton Veterans’ Cemetery, 5310 Milners Road in Suffolk, Virginia on Thursday, May 12, 2016 at 3:00 pm.

To the Bauer Family,
I am so sorry for your loss. Robin was a former co-worker and a very nice man. We lived in the same area and would often run into each other. He was always pleasant and always smiling. God Bless all of you.

Dear Donald, I am so very sorry for the loss of your brother. May all of your precious memories Help you through this difficult time. My thoughts and prayers are with you and your family. God bless all of you!