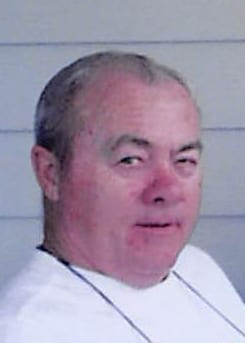 Robert “Bob” Packard a Hampton resident since 1967 passed away May 4, 2016. Bob was born October 8th,1937 in Ft. Lewis, Washington. He was raised by his loving foster parents Harold and Audrey Prentiss. Bob proudly served his country in the US Navy Submarine Service, serving aboard the USS Hammerhead and USS Skipjack as well as the USS Torsk. He fondly remembered his tours of Greece where his love of Greek food was born. After retiring as a Senior Chief Petty Officer in 1973 ,Bob dabbled in Real Estate and sales and worked in the civil service at NADAP. Bob loved the outdoors and could always be found outside tending his vegetable garden. His huge tomato crop brought delight to many eager friends and relatives each summer. Ever-thoughtful and known to have a sweet tooth, Bob always had something tasty to share including candy for the grandkids. Many lucky cats and dogs enjoyed his spoiling nature through the years. Bob leaves behind to cherish his memory his son Bobby Packard (Michele) of Yorktown,VA, daughter,Barbara Packard of Denver, CO, two grandsons Blake and Hayden Packard of Yorktown, former wife and devoted friend Kathleen Packard of Newport News, VA and a sister Barbara Perrupato of Seattle, WA. Special thanks to Bob’s neighbors and Michelle, Melissa, Karen, Debra,Jessika and all the staff of special people at The Newport in Newport News for their care of Bob. The Memorial Service will be private. In lieu of flowers, please consider donating your time in the form of community service.

We are so sorry for the loss of your father Bobby. He sounded liked a wonderful dad and loving grandfather.

I’m so sorry for your loss. I always enjoyed talking to MR. Packard