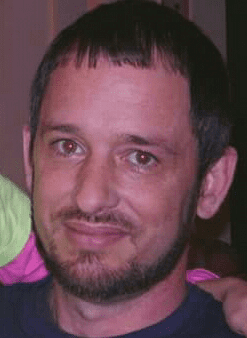 Robert Lee Wright, 40, passed away in his sleep at home on Saturday, June 27, 2015 in Hampton, VA. He was born in Newport News, VA on January 27, 1975.  Robby was a resident of the Peninsula most of his life, residing primarily in the Buckroe Beach area.  However, Robert married Susie Perry on August 24, 1996 and moved to Spartanburg, SC where he lived and raised his children for over 14 years, before returning to VA.  Robby was a hard-working, talented tradesman that loved his children and family more than anything in this world.  Robby was a die-hard Dallas Cowboys fan and he enjoyed watching his favorite Nascar driver Dale Earnhardt Jr during race season.  Robby was a kind hearted man, a loving father and husband, a beloved brother and uncle, and a good friend to everyone that had the pleasure of knowing him.
Survivors include Robby’s five children: his three daughters, Briana Wright-19, Robin Wright-18, Morgan Wright-12, and his two sons, Robert Younger-22, and Noah Wright-12; Robby’s former wife, Susie Perry of Hampton, VA; his sister, Susan Campos & brother-in-law, Saul Campos of Hampton, VA, nephews Gary Silvers, Saul Campos Jr, & Miguel Campos; his brother, Paul Wright of Hampton, VA, as well as many other relatives and friends.
Robby was preceded in death by his parents, Dorothy Ann Elston and Paul James Abernathy; his mamaw, Lottie Broyles and grandfather Denmer Elston.
A time of gathering and visitation will be held on Thursday, July 9th from 6:00pm until 8:00pm at the Altmeyer Funeral Home – Riverside Chapel at 7415 River Road, Newport News, VA.  Flowers can be delivered to the address above. Memorial donations can be made to his children at Robert Wright’s GoFundMe link at http://www.gofundme.com/y5u97g

Robbie, man you sure are going to be missed to greatly, where ever your were you lite up the room with your funny jokes,crazy stories. Your life ended to soon and my wife and our family will sure as hell miss you. You were a great person inside out and tried to help everyone you could. Our thoughts and prayers are with your children and sister. Keep a eye on us down here man, keep us all in line. love ya man and you will NEVER BE FORGOTTEN. RIP BRO

I remember you when you were little,a very cute little boy who grew up to be a nice looking man.Always smiling.You will always be in my heart love you Robbie,give your mama and mamaw a big hug from me love Aunt Debbie R.I.P.

Robbie I’m so lost for words. So so very young. You were such a cute baby !! And I know you remember your Aunt Donna coming by to see your mom on Lawrence Avenue and riding your butt for not being in school . Yes I did all that out of love ,you would run to your room . Robbie your mama was just so proud of you ! And especially when you married . I loved all the pictures .! Robbie your sister Susan loves and misses you so much , so I want you to tell all of our family in heaven I love and miss them . Robbie may you RIP and God will love and take care of you. Love Aunt Donna

I really dont know what to say except I will miss you my friend! We have known each other for years and you will always be remembered. Even threw the years we have kepted in touch and I really wished I would of been able to talk to you once again. You were always like a brother to me even threw some bad times . Jay and I were talking about us going to visit you and susie in SC..years ago and the good time we had. I know you are going to berejoicing with your mom and others. Rest In Peace My Brother..you willl be missed.

I have so many memories of robby and was not sure which one to share, well i decided on one of the first times i meet robby In BUCKROE….i lived on Tappan & 3rdst st, next door to Ricky & Chad Tolan, we were all only like 12 yrs old and would sneak out house late night and run wild at beach, but this night near Jan 1989, Ricky Tolan came to my window and had robby with them and a car…..robby had snuk out and took his moms (Dorthey) car, it was white TransAm, we all went Cruisin and got lil wild, long story short,, we were 4 wheeling in mud behind hardees on mercury blvd….we got stuck in mud and could not get car out, he had to call his mom & ronny to come get it, we were all only 12-14 yrs old. this was the start of many years friendship went on and how i eventually meet my now, hubby (Eddie Spring, which was robby BEST FRIEND growing up. Celebrating robby’s life with memories that make me smile, there are many, just wanted to share the first with everyone.

First thing I want to say is HAPPY 4TH Of July!!! I can’t actually believe I’m sitting here writing this to you, it’s taken me so long to grasp this. I’m very lucky to have met you in 1989/1999 YOU were my 1st love (I shared that in one of our conversations) You and your brother PJ lived right across the street from my mom, brother and I. We always had a blast when we hung out together 🙂 I’m so glad that you and I got back in touch with each other after 25 plus years. Thank you for the nice conversations and text messages that we shared together and thank you for the last picture you ever took and sent to me, I’ll forever cherish your pictures!!! R.I.P. Robby a beautiful soul gone to soon.

P.S. I really wanted to see you in 3 weeks when I was visiting in Virginia (You’ll be there in spirit tho) Love you always!!!

Wow the many years i knew Robbie and rest of his family.. The heart he had for others,the good times we had and them seeing him recently looking so good still has me in shock. I will never forget you and i promise to look over your sister thu this very difficult time.. see you soon..love allways Lou

Wow the memories i have with this FRIEND are way to many and will live in my heart forever or at least untill we meet again…you are a brother to me and i will miss you very much….when i think about you your laugh, and SMILE is what I see..ONE LOVE Eddie Spring…

My son Eddie Spring & Angie were his friend I know that Robby was in there hearts, keeping Family & Friend in my prays.