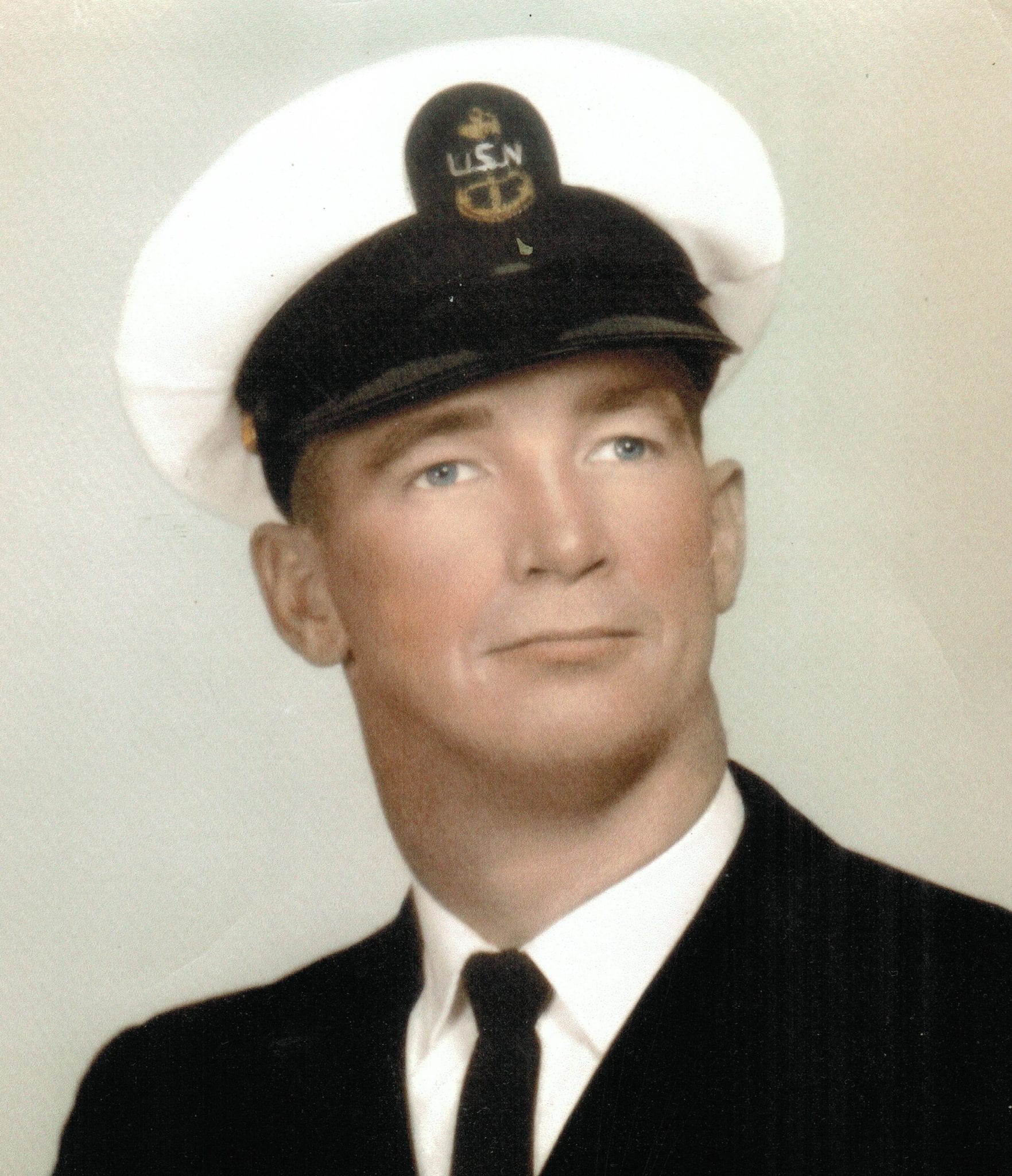 Robert F. Stewart, 87, died January 2, 2016 in Virginia Beach, VA. Mr. Stewart was born November 8, 1928 in Connellsville, PA. He was the son of the late Emery C. Stewart Sr. and Mildred P. (Miller) Stewart of Connellsville, PA. Robert is also preceded in death by his wife of 63 years, Marjorie Louise (Stevenson) Stewart of Virginia Beach, VA,; sisters, Mrs. Howard G. (Gertrude E.) Etling of Dickerson Run, PA., Mrs. William (Janet E.) Baldwin of Connellsville, PA.; brother, William W. Stewart of Connellsville, PA.
Left to cherish Robert’s memory are his sons, Randall C. Stewart and wife Lorna of Lawrenceville, GA., Steven D. Stewart and wife Jeannine of Canonsburg, PA., Jerry D. Stewart and wife Denise of Greensburg, PA., and John R. Stewart and wife Penny of Virginia Beach, VA.; thirteen grandchildren and ten great-grandchildren; brother Emery C. Stewart Jr. of Deland, FL., and sisters, Mrs. George (Shirley J.) Harshman of Connellsville, PA. and Mrs. Wayne (Joan M.) Newcomer of Youngwood, PA.
Mr. Stewart retired as a Chief Petty Officer, MRC, USN after 20 ½ years of active service. He was Navy Recruiter of Fayette County, PA from 1962 through 1966. After retiring from the Navy, Mr. Stewart worked for two years, 1968-69 as Purchasing Agent and Maintenance Manager of Eureka Refractory of Mt. Braddock, PA. In 1970, Bob was employed as Plant Engineer of the then new Senior High School of the Connellsville Area School District of Pennsylvania. In 1981 he was given the position of Director of Buildings and Grounds for the school district. In August 1984, Bob and his wife transferred to Virginia Beach, VA as co-managers at the Jack Rabbit Self Storage until his retirement at age 75. Both Marjorie and Robert were members at the Virginia Beach United Methodist Church and the Agape Sunday School Class. Robert was very active in multiple memberships including General Worth Lodge (Noble Grand), I.O.O.F., the International Rotary Club, the Methodist Men (Past President), and the United Church Men (Past President), all of Connellsville, PA.
A memorial service will be held Monday, January 11, 2016 at 11:00 AM at the Virginia Beach United Methodist Church, 212 19th Street, Virginia Beach, VA. Condolences may be offered to the family at www.altmeyerfh.com.

Mr. Bob and Ms. Louise will live on in our hearts forever and ever! In memory of a wonderful couple!

Sending warm thoughts and prayers during this time of loss to Mr. Bob’s family and friends, With Deepest Sympathy! We’re wrapping you in love at a time when words fall short………………. With a heartfelt sympathy for the loss of Mr. Bob, Much Love Audrey, Oscar and Felix

Our condolences to your family. We are John and Penny’s neighbors. Rest in peace Robert!

Bob was a great influence in my pre-teen years, sort of a hero figure to me. In many ways my life was patterned after him. Having respected him all my life it was raised to a new level upon seeing how he dedicated himself to my sisters (his wife) care the last years of her life, above and beyond anything that could be expected of a loving husband. Bob has set a level of commitment that will be very difficult for the family to emulate.

Words will never express how blessed I was to have you as a father. You’ll be sorely missed, but it’s so comforting to know that you and mom are together again.

Our prayers and thoughts are with you during this difficult time. Bob was a dear friend and we will miss him. Your mom and dad were very special to us. We loved them both very much. Your dad will always remain in hour hearts.