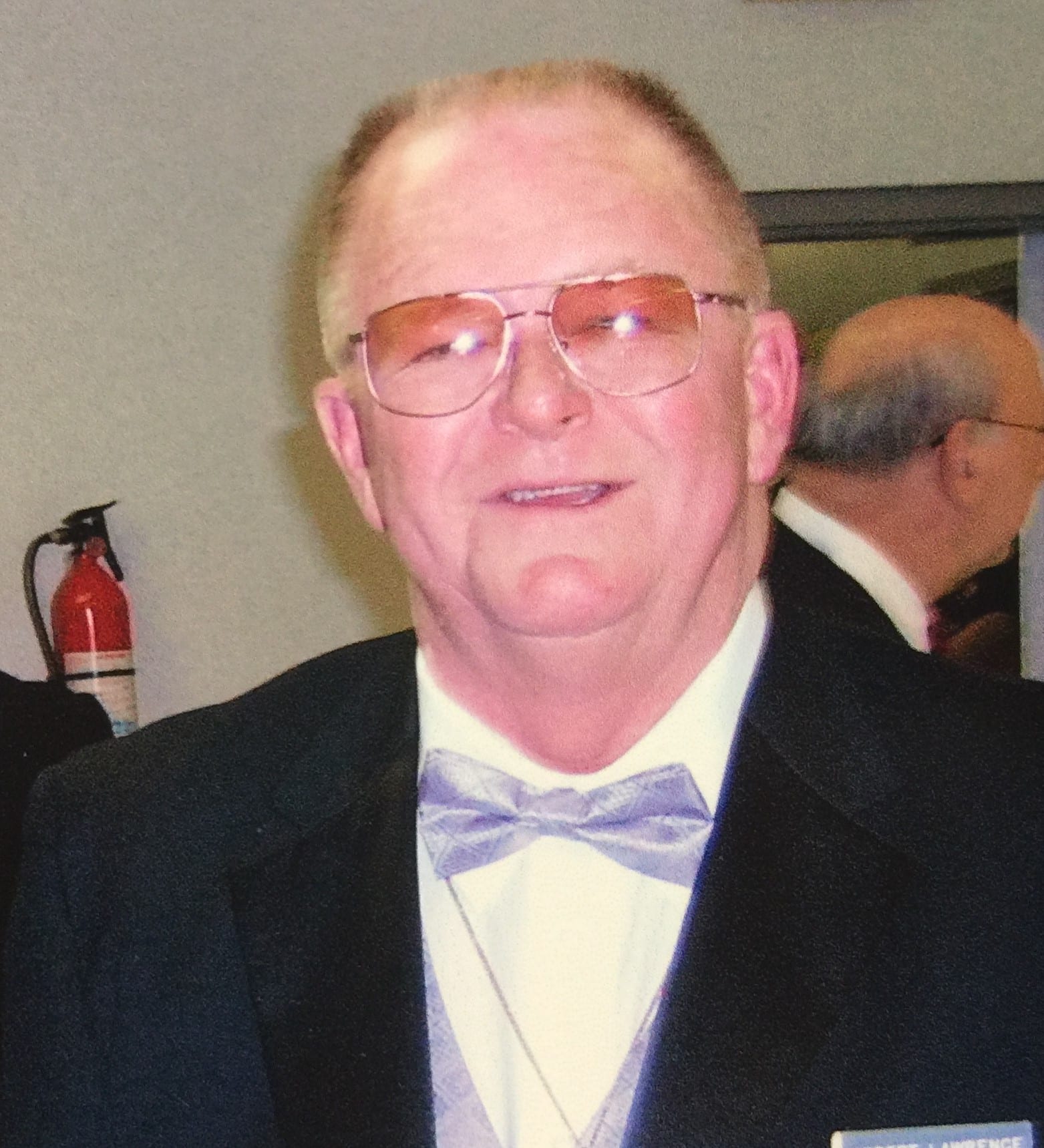 Robert Calvin Lawrence Jr., 75, passed away Sunday June 26, 2016 in his home with his beloved wife “Dee” by his side.  Robert, also known as “Red”, was born to Robert Calvin Lawrence, Sr. and Helen Eanes.  He went to Norview High School and joined the Marine Corps after school.  His main career though, was being a member of the Norfolk Fire Department, a career that lasted 30 years.
He married his wife, Marianne and they had two children, Sharon and Troy.  After Marianne’s passing, Red went on to marry Delores “Dee” Lawrence. In addition to being survived by his wife and his children, Robert is also survived by his father Robert Calvin Lawrence, Sr. and his wife Marin; son-in-law, George Carpenter; two stepsons, Jeff and Chris Minson; his Lodge Brothers and Sisters, Firefighter Friends and many other Friends from bowling and bingo.
To provide assistance to the family, please click here.

So sorry for your loss, you all are in our prayers

So sorry for your loss of such a good Husband and friend. My prayers are with during this difficult time. May the wonderful memories of your time together be with you always.

We will truly miss you. A good friend , played cards, played bingo, a 30 yr. firefighter , loyal Phythian ,Marine and carrying and loving husband to Dee Dee. We send our prayers to his family .We will miss you ” Speedy”.

My deepest condolences to you and your family. Bob will be missed. May you find comfort in your memories that you both shared.

Sincerest condolences. Bobby was my cousin.

We are sorry for your loss. Our prayers are with you

Our deepest sympathy goes to the Lawrence family for the loss of Red. We both worked with Red during his career as a Norfolk Firefighter. May God bless you family during this difficult time.

To the family of Robert Calvin Lawrence, Jr. with heartfelt sympathy.