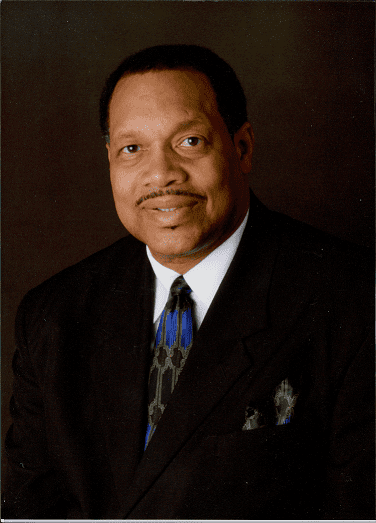 Bobby Jenkins was born April 15th 1955 in Bridgeport, Connecticut. On September 29th 2015, his work was completed on Earth and Heaven welcomed him home with open arms.
Bobby was a graduate of Central High School in 1973, proceeded to West Virginia University for a year and then earned his Bachelors’ degree in Business at Sacred Heart University.
In his younger years, Bobby was a musician and played in a band, W.J. and the Flames, which consisted of his brothers and was managed by his mother and father. Bobby was so talented that he could play any instrument, from the saxophone, the bass guitar and everything in between. The band played with different celebrities up and down the East Coast.
Bobby also was a member of Mt. Aery Baptist Church located in Bridgeport, Connecticut and visited numerous churches in the Hampton Roads area. He was apart of Who’s Who of America and a member of Omega Psi Phi Fraternity Inc. Rho Upsilon Grad Chapter, Bridgeport, Connecticut. He contributed and played in the New England Basketball Association with former top players and coaches in the country. He also was influential in the NBA/ PROAM Basketball Summer League camps, the European Basketball Association (EBA) camps and the Bridgeport Traveling All-Stars. For two years, he was involved in the UNLV Running Rebels Basketball camps. Bobby was also the Assistant Basketball Coach at Sacred Heart University for many years. During his time at SHU, they were victorious as they won many games, championships, and the NCAN Division II National Championship.
Bobby also help to start the Matt Jones and Bobby Jenkins Foundation established in Bridgeport, Connecticut. He served on the Board of the Hampton Roads Referee Association while he was also an acting a Volleyball official and Basketball referee. He worked many camps and helped many athletes, from ages 5 to 21+, the fundamentals of Basketball. Bobby was a great coach, talented basketball player and a wonderful man. He is predeceased by his father, Walter Jenkins Sr., his mother, Dolores Wilson-Jenkins, his sister, Wanda Jenkins and his brother, Lawrence Jenkins.
He leaves to mourn his two sons, Robert “BJ” Jenkins II and Justice Jenkins (Virginia Beach, VA), his two brothers, Warren Jenkins (Port St. Lucia FL), Walker Jenkins (Piedmont, AL),  sister Carol Randolph (Southport, NC), his loving partner of 19 years, Patricia Hungerford (Virginia Beach, VA), and a host of nieces, nephews, family, and friends.
“God first, Family second, and everything else after that.” – Bobby Jenkins

I knew Mr Bobby Jenkins as a kind hearted compassionate Black man who was talented as a basketball player. In my mind I always saw Mr Jenkins as this immensely all American brother.He would walk into a room and the room lit up with people instantly noticing him.But he was not a show off, but rather a handsome, tall brother who taught at Sacred heart.He had a beautiful lady friend.I had so much respect for him. Even though I was no where’s on his level, Mr Jenkins treated me as a brother.Gid.has him now, and Heaven is that much better because of my brother.Rest in power brother Jenkins.

Always in my thoughts

Always in my thoughts. RIP

Will always remember Bobby and his ‘Fro! Thanks for bringing a championship to Central High in BPT. RIP, Bob.

Cousins Karen, Carol, Billy and Eddie. Our deepest condolences to the family. You are in our thoughts and prayers. May God’s Blessings be with you at this time. “RIP” Bobby.. Love the Shells family. BPT. CT.

Diane Cardoso, Aunt Lillie Mack and David Mack send there deepest condolences to the family. Our love and prayers are with you at this time. God Bless!

To the Jenkins family, our deepest sympathy goes out to you at this time God bless you all .Karen and family