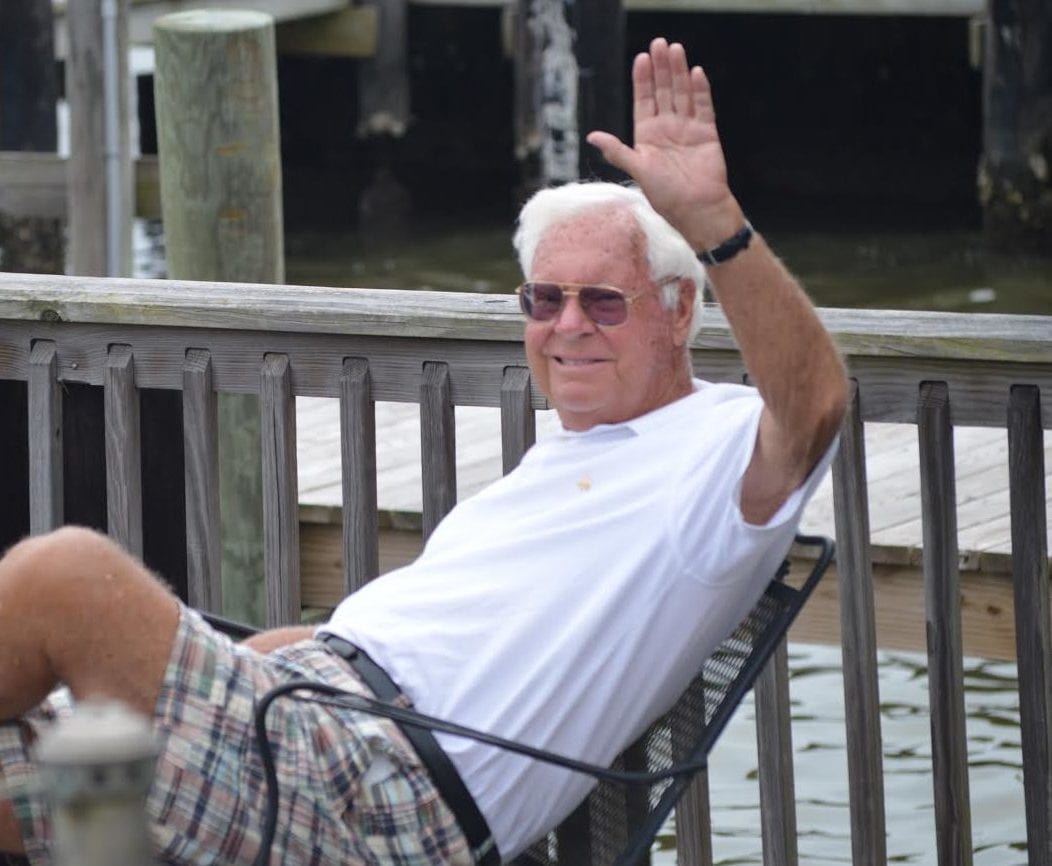 Richard T. Short died on August 27, 2016.  He was born on December 31, 1932 in Richmond.  He was the son of Richard T. Short, III and Lucy Davis Short Parker.  His grandparents were:  Edgar William Davis and Lucie Blanche Sebrell of Sebrell; Richard T. Short, Jr. and Elizabeth Ophelia Lucy of Locust Grove Plantation.  A former resident of Petersburg.  He moved to Virginia Beach in 1965.

At time of death Mr. Short was retired.  He was a manager of Equitable Life in Tidewater, a member of the Million Dollar Round Table, and a President of Timolat, Inc.

He served as Vice Chairman of the Virginia Beach Erosion Commission between 1969-1971.

At the time of his death he was a member of the Capitol Hill Club, Farmington Country Club, Princess Anne Country Club.

He served on most of the Virginia Finance Committees of Virginia conservative candidates for Governor or United States Senate.  He was a supporter of the Byrd Democrats for many years.  He became a Republican about 1966.

A member of All Saints Episcopal Church he served as a member of the Vestry during the 1970s.

He was an alumnus of Randolph Macon College and a member of Phi Kappa Sigma Fraternity.

A visitation will be on Wednesday, August 31 from 6~8 pm at Altmeyer Funeral Home Maestas Chapel located 1801 Baltic Ave, Virginia Beach. With a graveside service following the next day Thursday, September 1,  11:00 am at Hollywood Cemetery located in Richmond. A reception to follow at the Country Club of Virginia. To leave condolences, please visit altmeyerfuneralandcremation.com

Dear Kim – I was truly sadden to learn of your husband’s passing. Life will never be the same without him, but I can only hope that time and wonderful memories will help ease your pain. You are in my thoughts. Bernie (Curves)

Marc, I was sorry to read about your Dad’s passing in the paper this morning. Please know that Caroline and I are thinking about you and your family.

Please accept our deepest condolences for your family’s loss.
You are in our thoughts and prayers We hope that the love of family and friends will comfort and strengthen you in the days ahead.

Dear Kim, We are sad to learn of Dick’s passing. Our thoughts and prayers are with you and your family during this difficult time. With deepest sympathy!

Dear Kim, Katherine and family,
I am so sorry for your loss. Please accept my deepest sympathy. Such good memories. May they sustain you in the days and years to come.
Ann