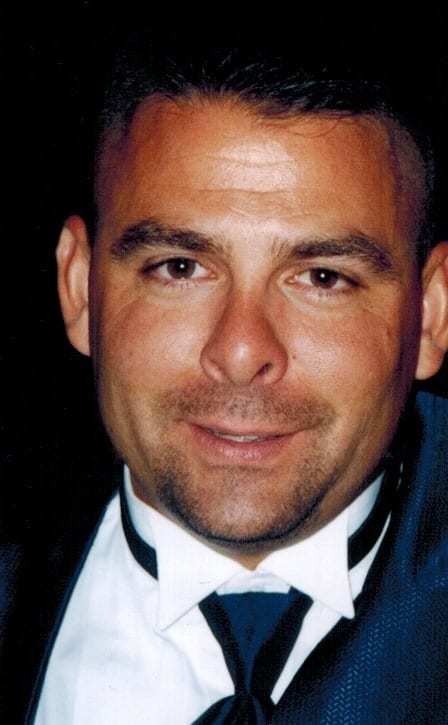 Richard Scott DeCoste, 49, passed away August 31 surrounded by his family at home in his beloved “New England Patriots Mantown”. He was the loving husband of Lisa (Nowak) DeCoste, whom he married June 16, 2001.Born July 21, 1966 in Framingham, Massachusetts, he was the son of Maureen York of Woonsocket, RI and Harold DeCoste of Wahoo, Nebraska. He was also the stepson of Richard York.Scott served in the United States Navy for 23 years, retiring January, 2007 as a Senior Chief Petty Officer. During his Naval career, he always had some much energy that he worked additional jobs that included part time police officer in Maine, part time Sheriff in Pascagoula, Mississippi and security at Gillette Stadium that included working the New England Patriots games. As he had some much time on the books prior to his Naval retirement, he started working at Southern Automotive in October 2006 and was employed as a Sales Manager up until his death.Scott gave everything his all which included his love for the New England Patriots and Crossfit Krypton. He loved his family, especially the times spent with his grandchildren.Besides his wife and parents, he is survived by his children, Travis (Stephani) Pavoni of Naples Italy, Alicia Pavoni of Blackstone Ma, Crystall DeCoste of Santa Fe, Texas and his special granddaughter Alexis DeCoste of Chesapeake, Va whom he and his wife were raising. Two brothers, David DeCoste of Bellingham, Ma and Kirk DeCoste of Wahoo, Nebraska, three sisters, Diana (Jim) Gamache of North Smithfield, RI, Maureen (Keith) Gazaille of McDonough Georgia and Kate DeCoste of Wahoo, Ne. He is also survived by his grandchildren, Brycen and Lyle Pavoni, Kennedy and Connor Sellers, and Clifton McClane Jr.In lieu of flowers, donations in his name may be made to the Circle in the Bridge, to benefit the Children’s Hospital of the Kings Daughters in Norfolk, Va. Donations can be mailed to 925 Hanbury Court, Chesapeake Virginia 23322. A visitation will be held at 5pm September 4, 2015 at Altmeyer Funeral Home 929 Southbattlefield Chesapeake, VA. Condolences can be made at www.altmeyer.com

Thinking of you and your family. I will always remember how much fun we had on Chamber trips. My heart goes out to you and send a hug to let you know your friends ar with you. Love, Ellen